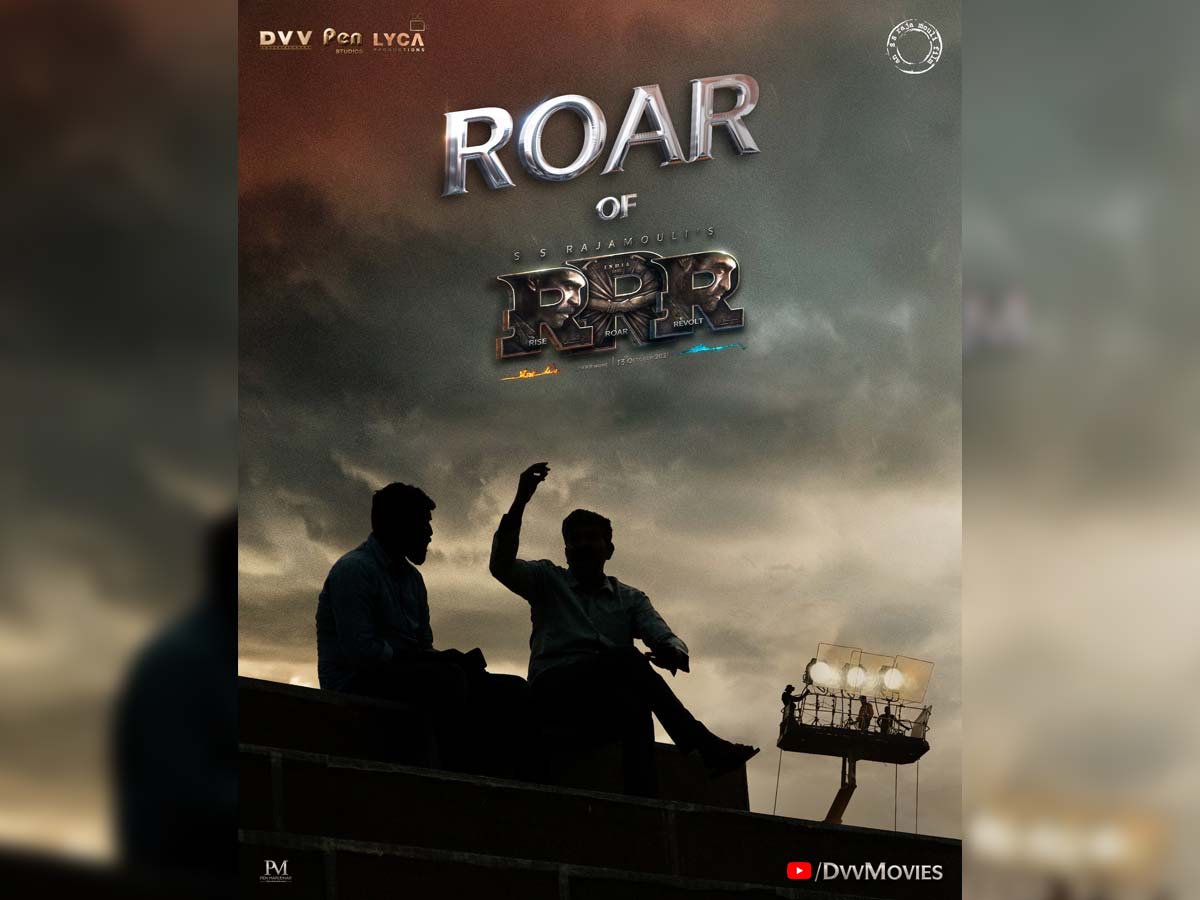 There is something big coming up today on 15th July. As per the official Twitter handle of SS Rajamouli‘s film RRR, Roudram Ranam Rudhiram there is something special releasing today. Now, the gossip in the film circles is that SS Rajamouli will throw biggest surprise the audience by attaching the release date of the film with the making video – Roar of RRR.

Though many thought that makers of RRR would postpone the release of Jr NTR and Ram Charan starrer but the news is that the team is planning to release the movie on 13th October as they planned earlier. Let’s wait for the official announcement. Currently the hashtag ‘RoarofRRR’ is trending on Twitter.

RRR is a big budget drama, which is bankrolled by DVV Entertainments.  Ram Charan and Jr NTR starrer  is touted to be an imaginary story set in the backdrop of the pre-independence era.  The lead actors- Ram Charan and Jr NTR are  essaying the roles of Alluri Seetharama Raju and Komaram Bheem respectively. Alia Bhatt is playing Sita and she is paired opposite Ram Charan whereas Olivia Morris is sharing the screen space with Jr NTR.

After  the release of RRR, Rajamouli will start the preparation for his next project starring Telugu superstar Mahesh Babu.