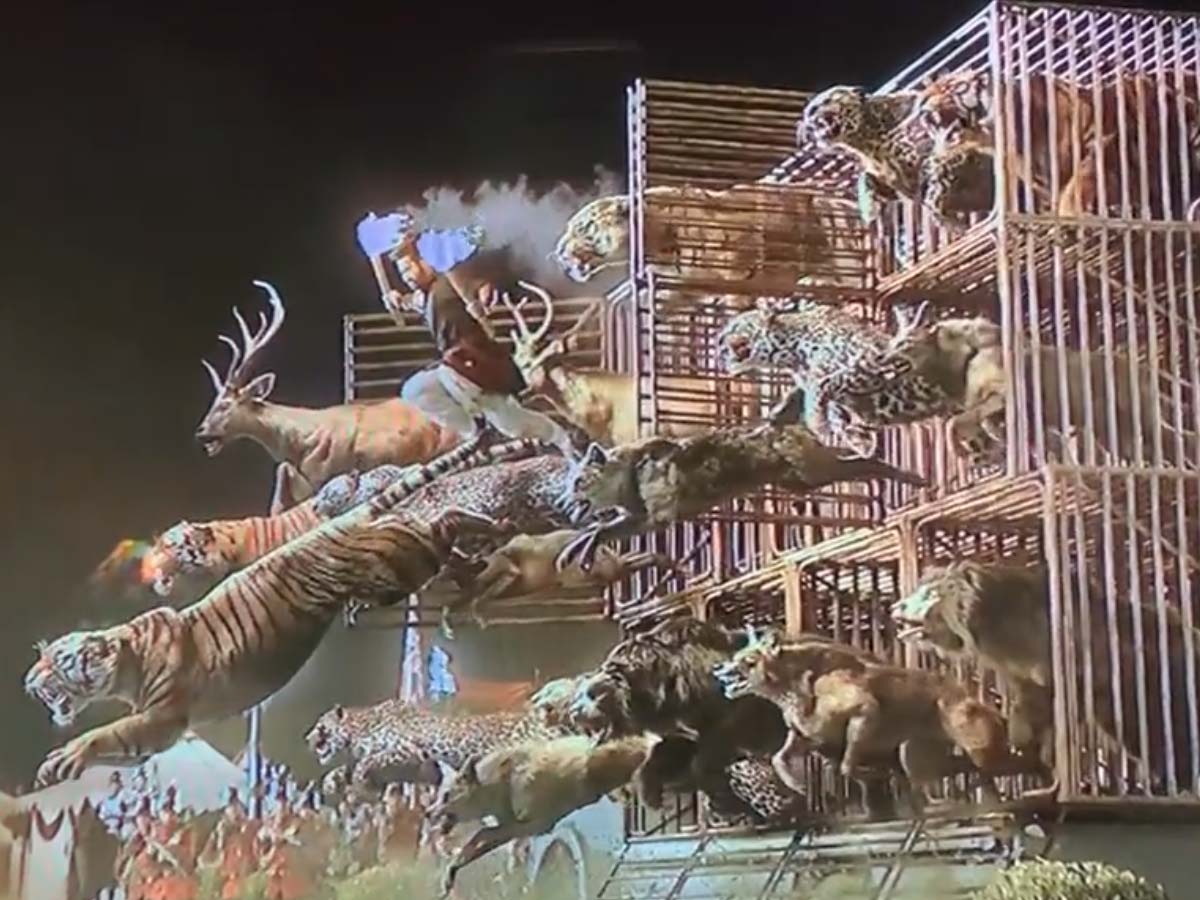 SS rajamouli’ magnum opus RRR starring Jr NTR and Ram Charan, is still winning the hearts of the movie lovers.   Once again Rajamouli has proved with RRR that he has a finger on the pulse of the audience. At a time when theatre collections have come down to a few thousands for recent movies,  Baahubali helmer continues to enthrall audiences all over. Grossing over Rs 223 cr worldwide, RRR, which is bankrolled by DVV Danayya under the banner of DVV Entertainment, holds the record for the biggest first-day opening in Indian cinema and the legendary director broke his record set by ‘Baahubali: The Conclusion’, which minted Rs 217 cr  worldwide on its release day. RRR is the highest-grossing Indian film since the pandemic started.

After the blockbuster film RRR’ OTT debut on Netflix, it reached millions of movie lovers across the globe and received rave reviews from the celebrities. Now, a normal tweet of a foreigner about  Rajamouli’ RRR’s interval scene,  that features Jr NTR and wild animals, created an unbeatable record on Twitter. The user posted the animal fight scene and it shook the internet by garnering more than 11.4 million views.

This is the first-ever Telugu video to achieve this kind of  response on social media and this credit goes to Jr NTR’ fans. RRR also  has Alia Bhatt, Ajay Devgn, Samuthirakani, Olivia Morris, Shriya Saran and others in the important roles.