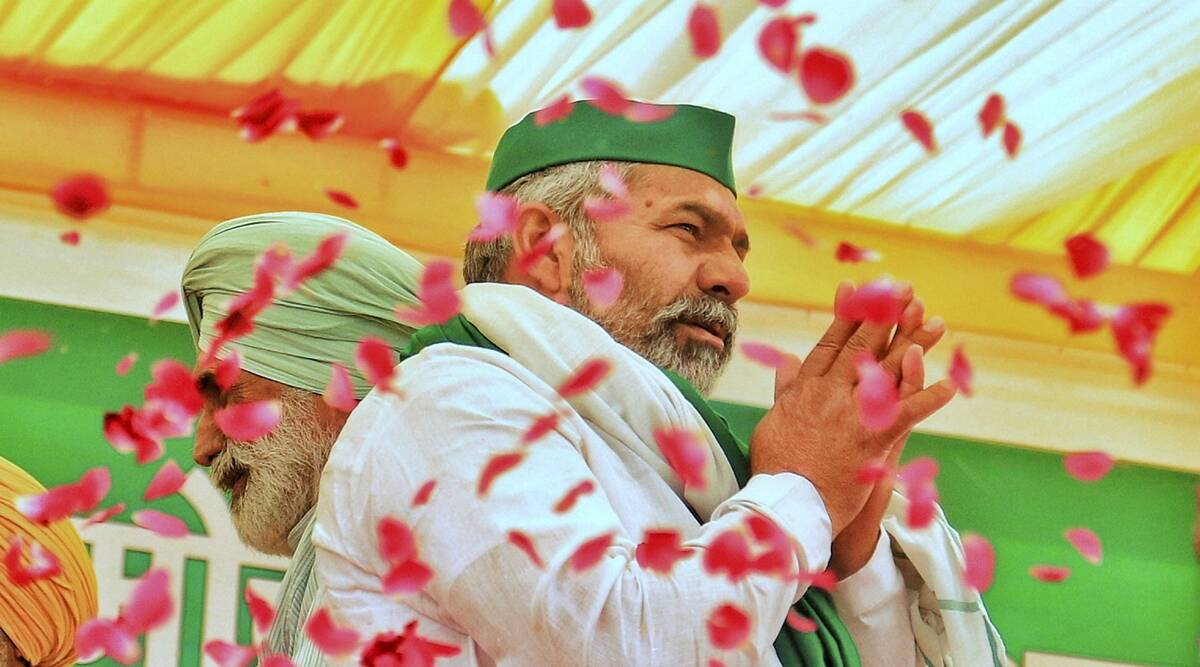 Rakesh Tikait was not in his car when the stones were pelted at his cavalcade, Bhiwadi Superintendent of Police Ram Murti Joshi said, adding no one was injured in the incident. The convoy of Bharatiya Kisan Union (BKU) leader Rakesh Tikait was allegedly attacked in Rajasthan’s Alwar district on Friday, with the farmer leader holding the BJP responsible for the incident.

According to the police, four people including student union president of a local university has been taken into preventive custody for disrupting peace.

Tikait, who was in Rajasthan to address a ‘kisan panchayat’ in Alwar’s Harsoli, shared a video on Twitter showing a car that was part of his convoy. Supporters of Tikait can be heard accusing the BJP of firing at the car and throwing ink on it.

“A murderous attack was made by the goons of BJP at the Tatarpur crossing in Bansur, Alwar district. Pictures of the murder of democracy,” Tikait tweeted in Hindi along with the video.

The police said the incident took place on Friday afternoon when Tikait was going from the venue of one kisan panchayat to another.

“Tikait had two public meetings today in Alwar. After addressing a public meeting in Harsoli, Tikait was going to the venue of another meeting in Bansur. While he was on the way, some people under the leadership of Kuldip Rao, the student union president Raj Rishi Bharthari Matsya University showed black flags at the convoy of Tikait,” said Bhiwadi SP Ram Moorty Joshi.

He added that the protesters also allegedly threw ink at the convoy.

“The car on which Tikait was travelling had already gone ahead when the incident took place. We have information that the protesters also threw ink on the cars. We have also found that the glass of one of the cars in Tikait’s convoy was broken. There was an altercation between the supporters of Tikait and those who showed them black flags. We have taken four people including Rao into preventive custody for disrupting peace,” said Joshi.

He added that till now, no complaint has been submitted by the farmers’ side and no FIR has been lodged.

Alwar North BJP president Balwan Yadav said he was not aware of the incident. 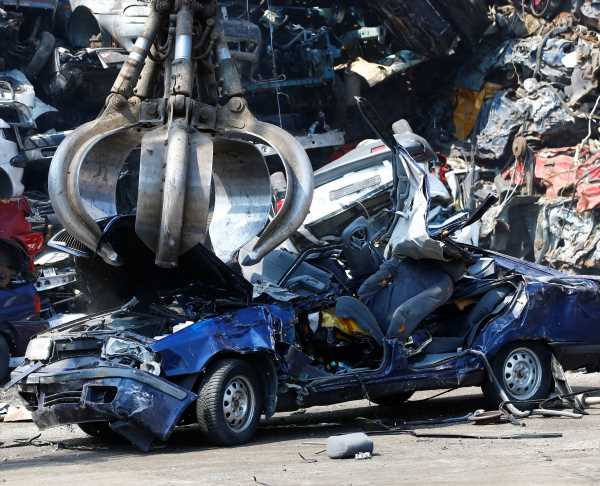