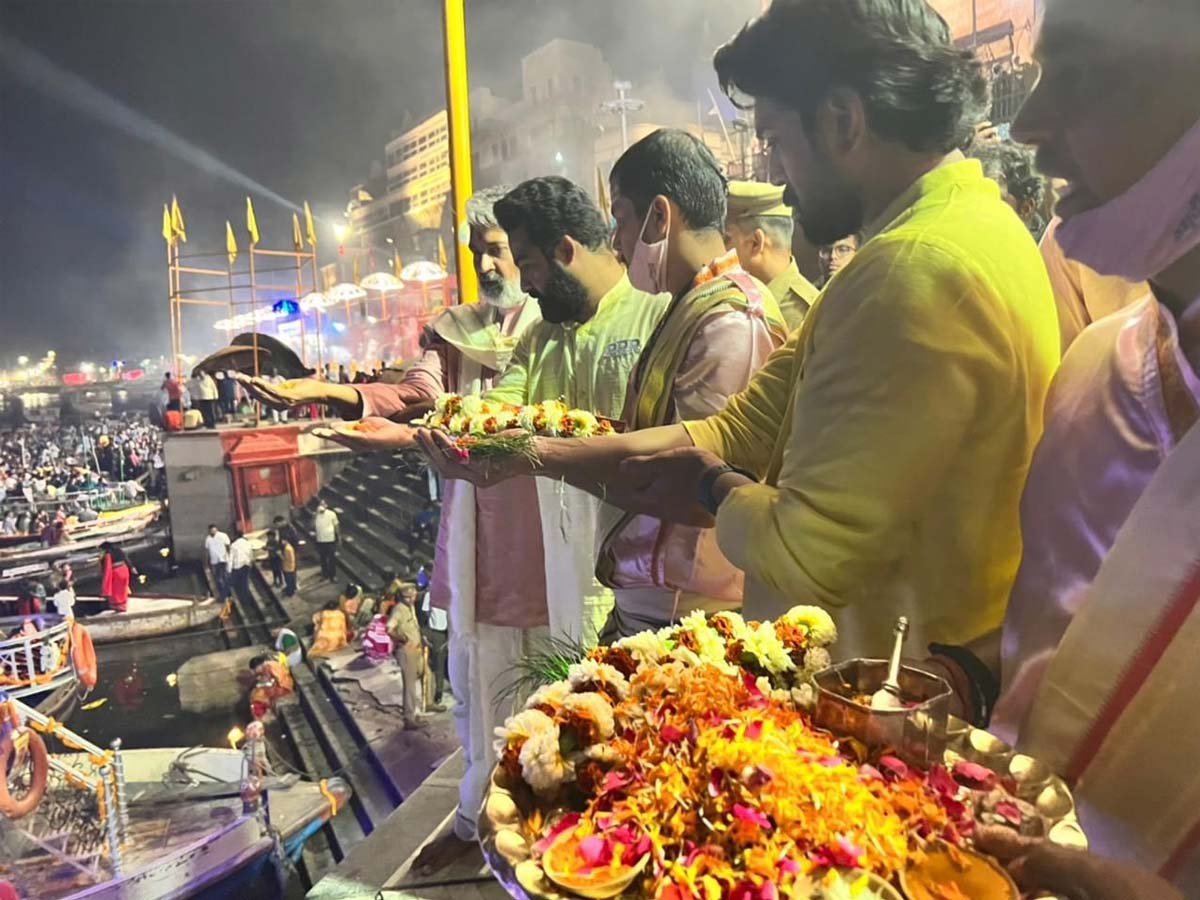 After promoting the big budget movie RRR in Kolkata, Young Tiger Jr NTR, mega power star Ram Charan and SS Rajamouli arrived in Varanasi yesterday.  RRR trio – Ram Charan, Jr NTR and Rajamouli took part in the Ganga aarti and also took the blessings. The pics of the same are going viral on the social media. All the three team members opted for kurtas in pastel shades. Jr NTR was also spotted  taking a boat ride across the Ganga in Varanasi. Another video shows RRR flags with names of  Charan and Jr NTR on boats as Team RRR along with the media sail across the river.

Ganga is  the holy water and  Arti is Fire.  It is known that earlier when RRR makers released the motion poster it featured  Ram Charan and Jr NTR as earth’s elements, fire and water.

The Pan India film is bankrolled by DVV Danayya under the banner of DVV Entertainment and has the music by MM Keeravani. The movie is all set to hit the silver screens on 25th March.