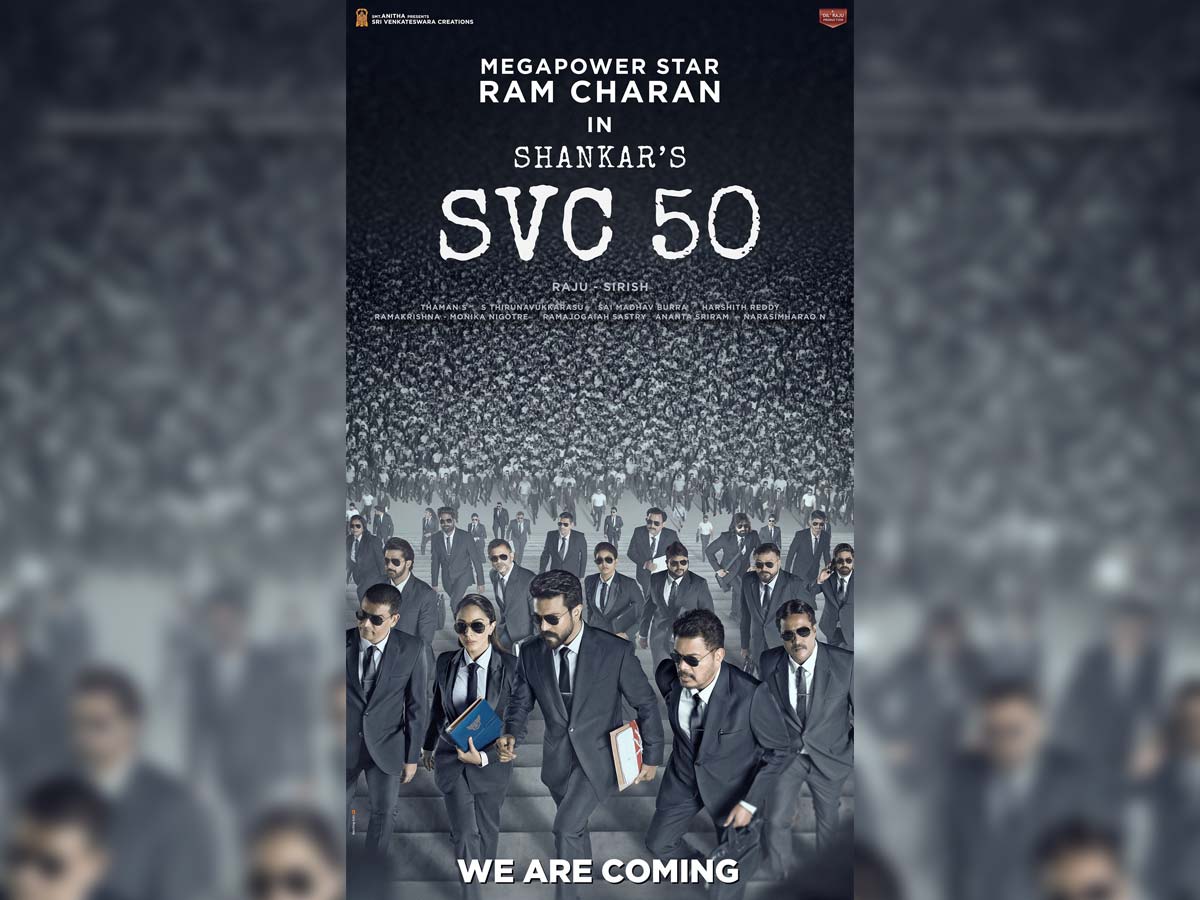 Ram Charan and Shankar are all set to work together for a film #RC15. The upcoming big budget Pan Indian film RC15’ muhurat will take place today at Annapurna Studios in Hyderabad today, 8th September. Bollywood actor  Ranveer Singh, Megastar Chiranjeevi and SS Rajamouli will grace the launch event today. The pooja will begin at 10.15 am at Annapurna Studios. Today morning the makers of Ram Charan and Shankar’ film released a concept poster. Coming on the concept poster of Rc15,  the main cast and crew are seen in black.  The shoot of this big budget drama which will be bankrolled by Dil Raju, is expected to commence soon.

Ahead of the grand muhurat, Kiara Advani was spotted at the Hyderabad airport on 6th September.  Kabir Singh actress landed in the city for the film’s photoshoot and the muhurat .

Yesterday the director Shankar conducted the first photoshoot featuring mega Power Star Ram Charan and Kiara Advani. Celebrity photographer Avinash Gowarikar was the man behind the lens for this photoshoot.

RC15 also has Jayaram, Anjali, Naveen Chandra and comedy star Sunil  in the supporting roles. Ram Charan and Kiara Advani starrer  is tipped to be a political thriller,  which will have music scored by Butta Bomma fame SS Thaman and cinematography by Tirru.