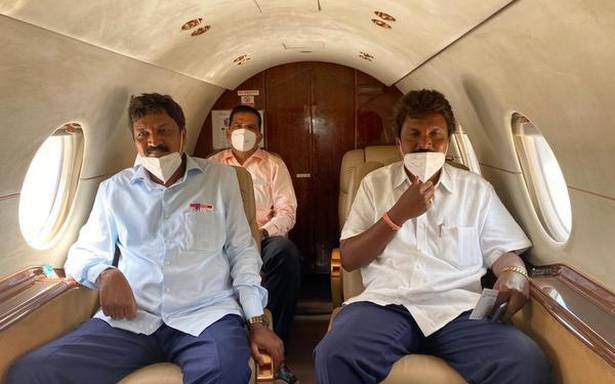 Ramesh Jarkiholi, former minister and BJP leader, left for Mysuru in his private aircraft from the Sambra airport in Belagavi on Friday. Later, he is expected to head to Bengaluru to meet Chief Minister B.S. Yediyurappa.

He was accompanied by younger brother Lakhan Jarkiholi and brother-in-law Ambirao Patil.