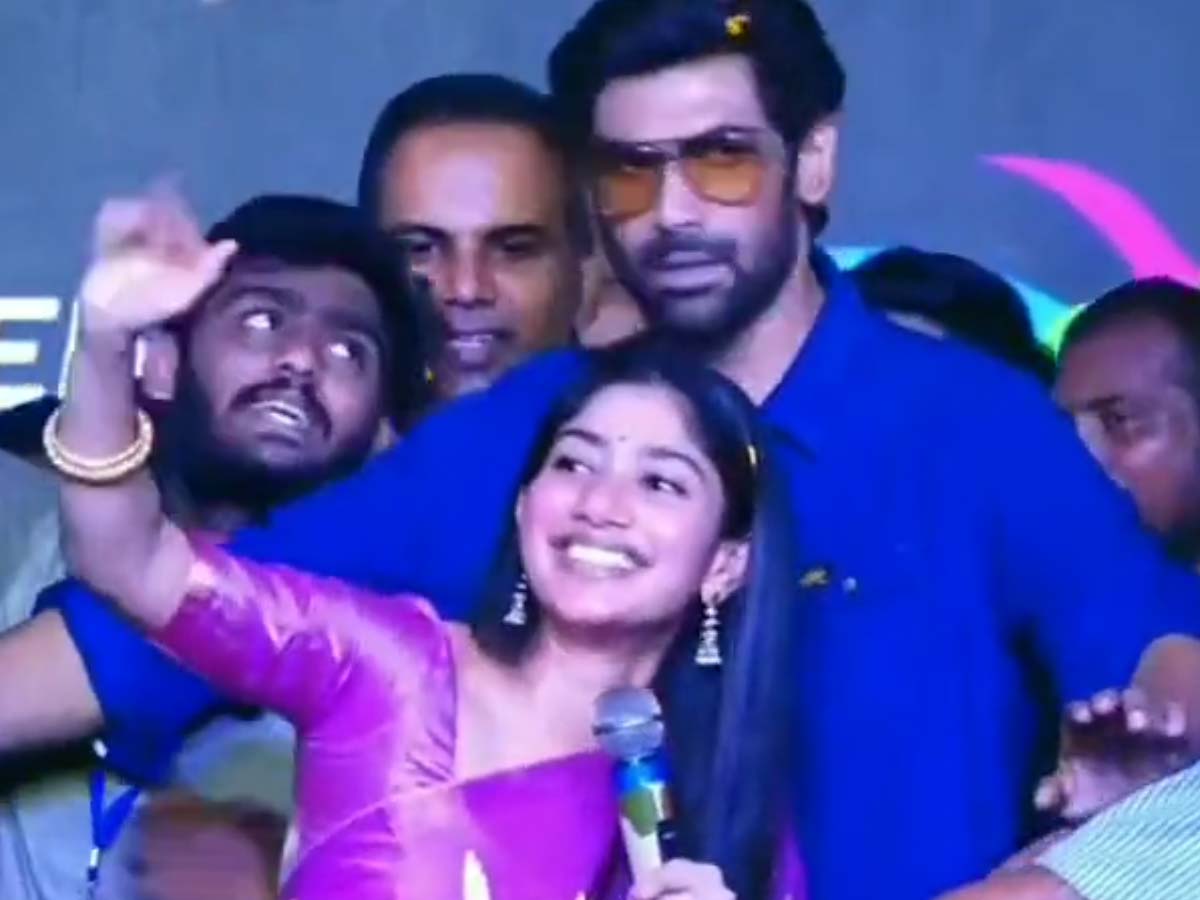 Baahubali fame Rana Daggubati and Sai Pallavi interacted with their followers in Warangal through Virata Parvam Athmeeya Sabha held on Sunday evening. While  Fidaa girl was addressing the event an interesting thing took place. One of Sai Pallavi’s fans jumped onto the state to take a selfie with the actress and the alerted actor Rana Daggubati  and others stopped him.  Shyam Singha Rao fame actress said that she feels Warangal is like her hometown and the love and affection of the people make her very happy.

A  video is  going viral on the social media where  Rana Daggubati is seen stopping the people from going on to Sai Pallavi. He is trying to cover Sai Pallavi with his hands around to stop the fans from barging in. It seems Rana turned a bouncer and protected Sai Pallavi in crowd.

Few days ago, Bheemla Nayak star was also in the news headlines when he was spotted holding an umbrella for Sai  Pallavi.

Inspired by true events from the 1990s,  the upcoming film Virata Parvam will narrate a love story in the backdrop of the Naxalite movement in Telangana region. While Rana Daggubati  plays the role of Comrade Ravanna who is known by his pen name Aranya, Sai Pallavi will be seen as Rana admirer Vennela.