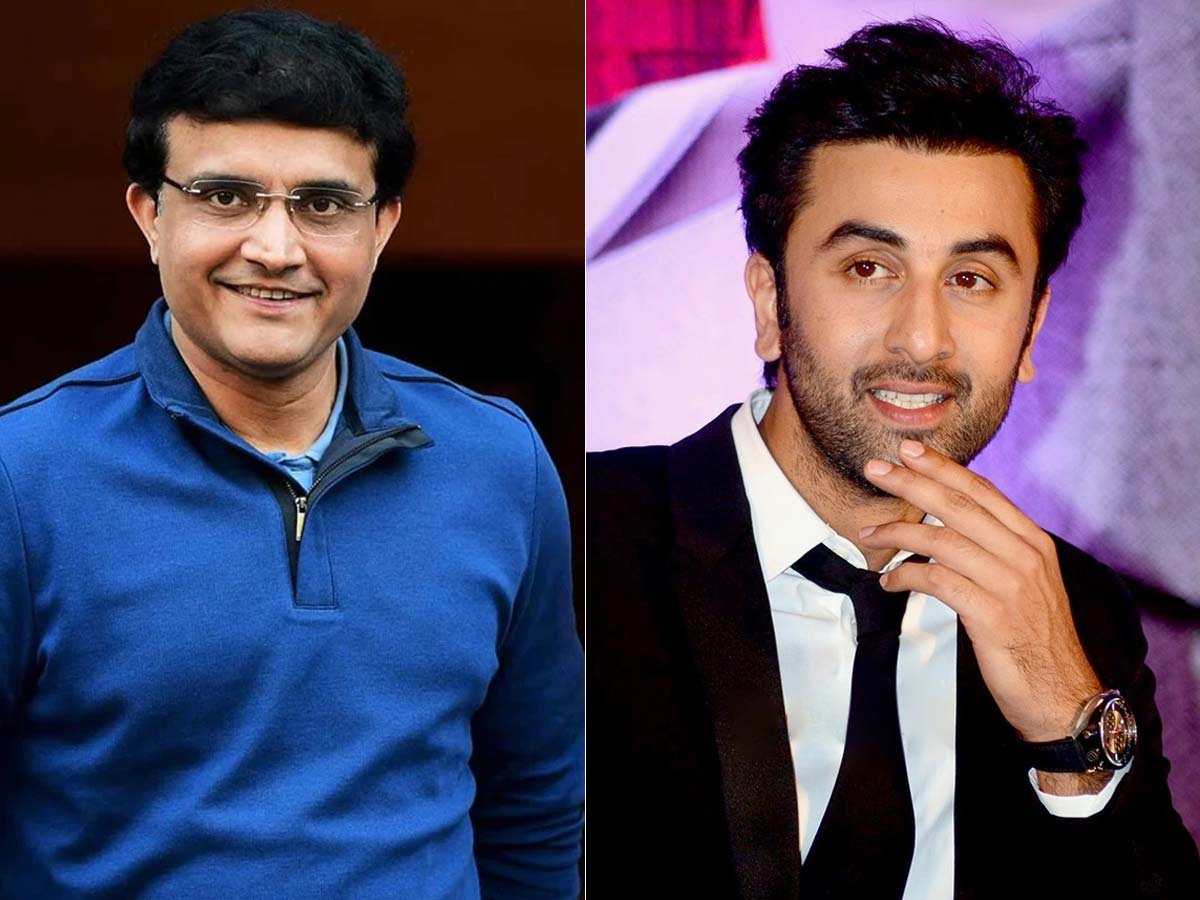 Former Indian captain Sourav Ganguly has given  his green signal to a biopic inspired from his glorious life as a cricketer. Recently during the media interaction, Sourav Ganguly confirmed that he has agreed for a big Bollywood film inspired from his life.   He  recommended  Bollywood actor Ranbir Kapoor to play his role in the  biopic. It is being heard that Sourav Ganguly’s journey from being the Indian captain to BCCI president will be shown in this upcoming biopic.

It is known that Ranbir Kapoor  has already won the hearts of the movie lovers with his performance in Sanju, the biopic of Sanjay Dutt and it is expected that now he will essay the role of  Sourav Ganguly in the biopic.

According to sources, Sourav Ganguly biopic will be under a big banner-production house with a budget of around Rs 200 to Rs 250 crore.  The script is currently being written  and the production house has had multiple meetings with Sourav Ganguly.  Former Cricketer Ganguly himself has mentioned Ranbir Kapoor’ name but there are two more actors on the list as well.

On the work front, Ranbir Kapoor is currently working with Alia Bhatt in an upcoming big budget drama Brahmastra in which  King Nagarjuna and Bollywood megastar Big B aka Amitabh Bachchan are playing the cameos.