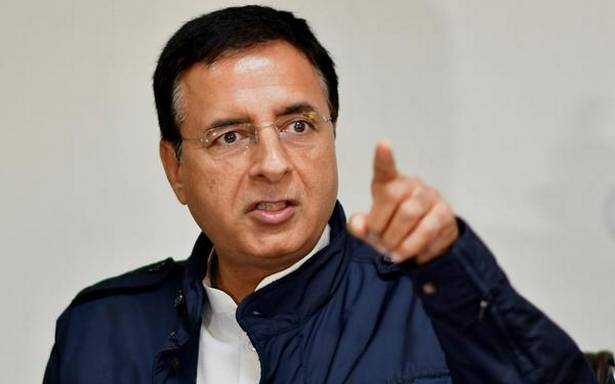 The CBI and ED directors had a fixed tenure of two years but can now be given an extension each year as long as the cumulative extension is not beyond five years from the initial date of appointment, the Congress leader said.

Congress leader Randeep Surjewala on Thursday moved the Supreme Court challenging the Union government’s Ordinances extending the tenures of Enforcement Directorate (ED) and Central Bureau of Investigation (CBI) chiefs from two to up to five years.

He has moved the plea against the Central Vigilance Commission (Amendment) Ordinance, 2021 and the Delhi Special Police Establishment (Amendment) Ordinance, 2021, of November 14 along with the Personnel Ministry’s November 15 notification amending the fundamental rules which enable the government to extend the tenures of ED, CBI chiefs, as also of the defence, home and foreign secretaries.

These Ordinances empower the Government of India to provide “piecemeal extensions” of one year each to the tenures of the directors of ED and CBI following the conclusion of the fixed terms provided in their statutes, Congress general secretary and chief spokesperson Mr. Surjewala claimed.

“There are no criteria provided save for a vague reference to ‘public interest’ and is in fact, based on the subjective satisfaction of the respondents. This has the direct and clear impact of eroding the independence of the investigative bodies in question,” he said in the petition.

Mr. Surjewala also alleged that the extension of tenure in this “ad-hoc and episodic fashion” reaffirms the control of the Executive over investigative agencies and is “directly antithetical” to their independent functioning.

The CBI and ED directors had a fixed tenure of two years but can now be given an extension each year as long as the cumulative extension is not beyond five years from the initial date of appointment, the Congress leader said.

“It would thus mean that each permissible extension will be at the discretion and the subjective satisfaction of the appointing authority,” he said.

The Congress leader has also sought from the court an interim relief, alleging that the Ordinances violate the court orders issued from time to time to ensure the independence of such institutions and it also reveals the clear abuse of power by the authorities.