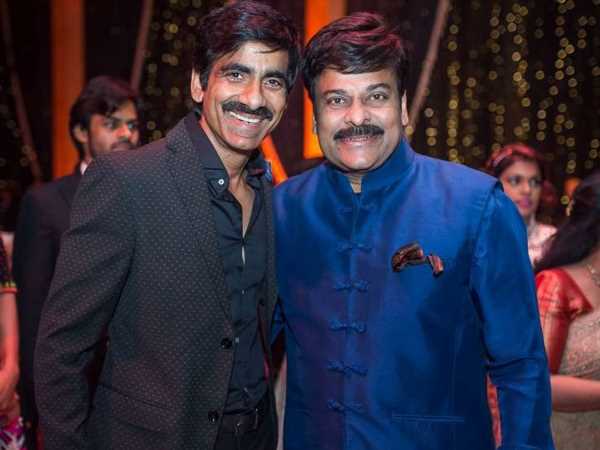 It is known that the director KS Ravindra, fondly known as Bobby has collaborated with his inspiration and idol Megastar Chiranjeevi for an upcoming film #Chiru154. The movie was launched recently with a formal pooja ceremony.  The upcoming drama is set in the Vizag coastal area backdrop and it will be bankrolled by Mythri Movie Makers banner.  Now according to the latest buzz in the film industry, Mass Maharaja Ravi Teja is also the part of Chiranjeevi starrer #Chiru154.

Bengal Tiger and Krack fame Ravi Teja is a big fan of megastar and he had played Chiru’ brother in the film, Annayya. If everything goes as per plan, once again they will be seen playing the role of brothers on the screen after a long gap of 21 years.

Meanwhile Ravi  Teja is waiting for the release of Khiladi. On the otherside, Chiranjeevi will be seen in Koratala Siva’ magnum opus Acharya.