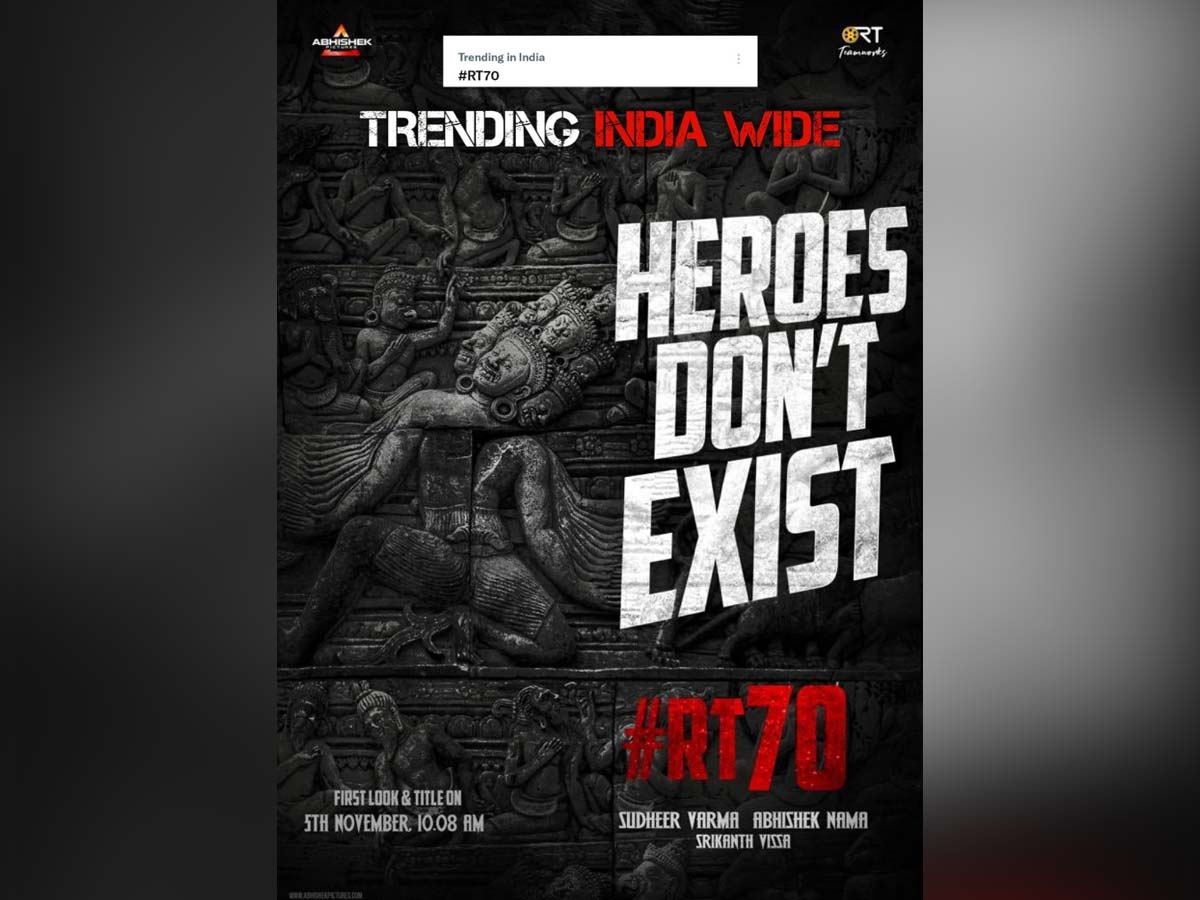 Mass Maharaja Ravi Teja has been busy shooting for his upcoming Telugu films for the past few months. Recently, he took to social media to announce his next project #RT70.  Today morning the makers officially confirmed that Ravi Teja starrer #RT70 will be helmed by Sudheer Varma. The first look and the title poster of Sudheer Varma and Ravi Teja’ #RT70 will be out on 5th November at 10:08 AM.

The upcoming yet to be titled film will be bankrolled by Abhishek Picture and RT Team Works.  Sudheer Varma is a popular name in Telugu film Industry. He made his directorial debut film Swamy Ra Ra   starring Nikhil Siddharth and Swathi Reddy, which was released in 2013.

On the other side, Currently Ravi Teja is busy in his upcoming film Dhamaka. Prasanna Kumar Bezawada has a penned story and Bheems Ceciroleo is scoring the music  whereas Karthik Ghattamaneni is handling the cinematography work.