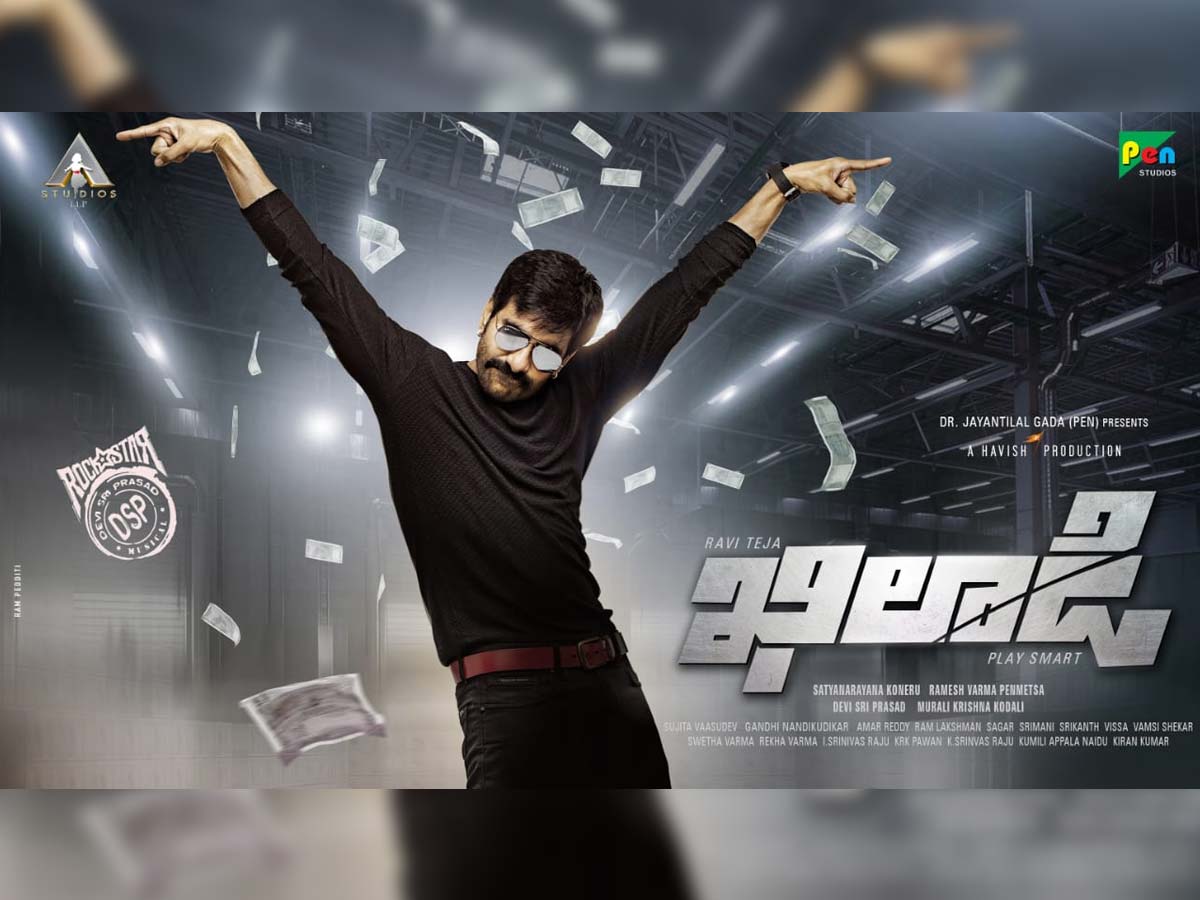 It is known that currently Mass Maharaja Ravi Teja is working with Ramesh Varma for an upcoming action thriller movie Khiladi. Ever since Khiladi was launched, there have been speculations that  Mass Maharaja will be playing dual roles in the movie.  But recently during the media interaction, Ramesh  Varma talked about this project and character of Ravi Teja.

Apart from Ravi Teja, Khiladi also has Meenakshi Chaudhary and Dimple Hayathi as the female leads. Nikitin Dheer, Arjun Sarja, Unni Mukundan, and Anasuya Bharadwaj are essaying the crucial roles in the film.

According to  Ramesh Varma, the upcoming film Khiladi is an unique action  thriller and he is confident that Ravi Teja unique characterization in the film will thrill his fans and the movie lovers. He added that in personal life, everyone gives importance to the money but in Khiladi, the character of Ravi Teja will make the viewers introspect if it is human emotions or money that are important in life.

Khiladi is jointly backed by Pen Movies and A Studios LLP, and it has the music by sensational music composer Devi Sri Prasad. Sujith Vaassudev is handling the cinematography and Amar Reddy Kudumla is the editor of Ravi Teja and  Ramesh Varma film.