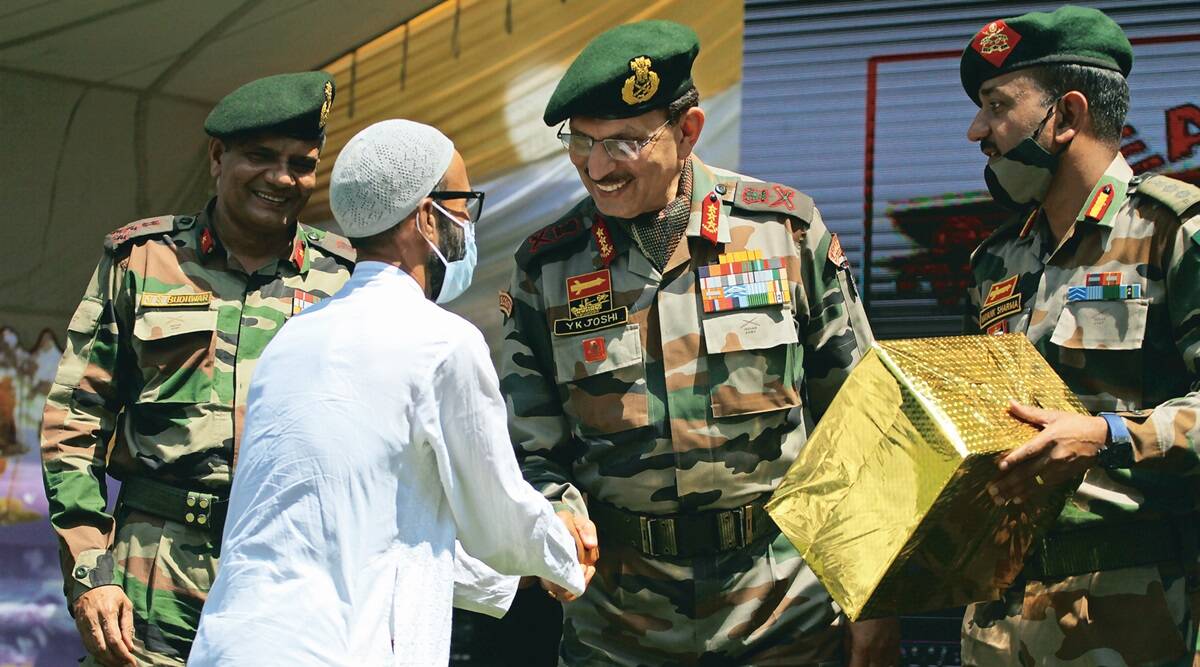 Stating that uniformed forces are here to save and not take lives, Lt General Joshi said “the system, the entire administration will facilitate not only their surrender but also ensure they are well integrated back into the mainstream”. 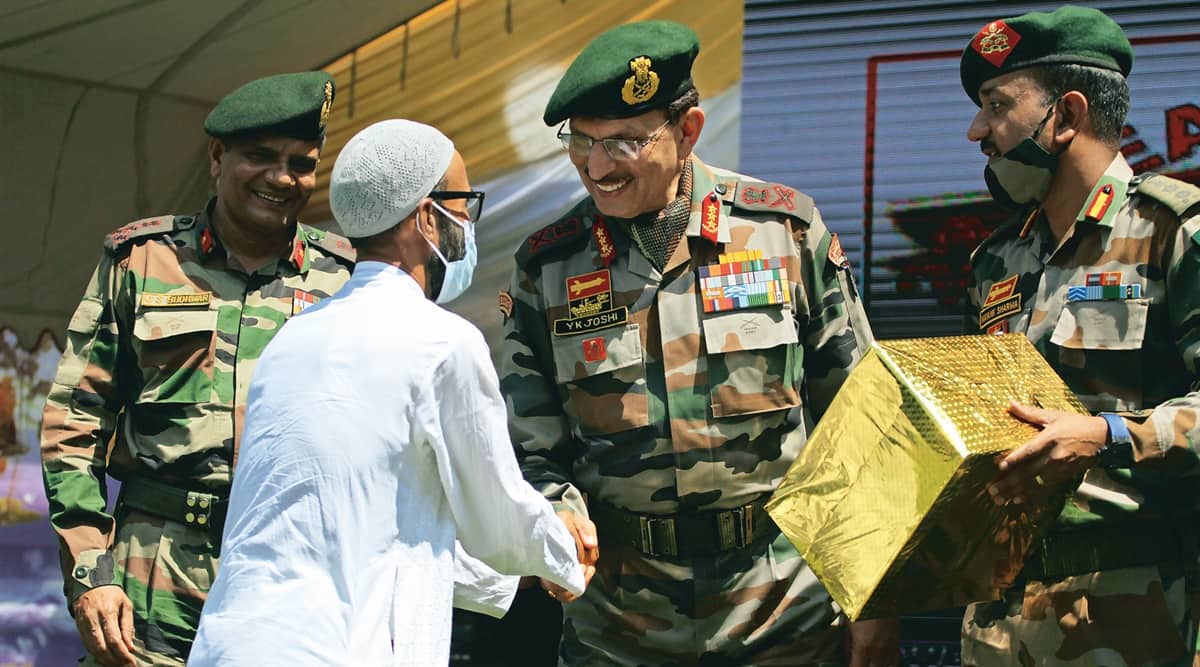 Northern Army Commander Lt General Y K Joshi on Monday said the Army is ready to give “a second chance to any youth who wants to surrender and join the mainstream” with a view to break the “cycle of violence” in Jammu and Kashmir.

Stating that uniformed forces are here to save and not take lives, Lt General Joshi said “the system, the entire administration will facilitate not only their surrender but also ensure they are well integrated back into the mainstream”.

Lt General Joshi was speaking at an event at Manasbal to commemorate 23 years since a batch of 23 young men were “rescued from joining militant ranks”. He said the Army is making all out efforts to seek and facilitate surrenders even in the midst of intense operations. “We want our youth to come to the mainstream and we always welcome them…”

He also underscored that the force places importance on observing human rights practices while conducting operations “to ensure minimum force and collateral damage”.

Of the 23 individuals, 19 were present along with their families at the commemoration event on Monday. Of them, 37-year-old Sanaullah Ganai was present with his wife, his two children and his mother. He remembers being overcome with thirst after 20 days on trekking through the hills, in August 1998. “We had reached Gurez and we were all thirsty. We asked the leader of the group to let us go downhill to drink water from the river. He refused but we broke away from the group and ran towards the water.” He said that after drinking to his fill, he looked up and saw an Army camp across the water. “I had a feeling that the track I was on would demand the sacrifice of my life and I decided not to go on further.” He was 14-years-old at the time.

Those near the river, signalled to the men in uniform, “and they threw us a rope”. Crossing that river that day changed his life, Sanaullah said.

Also present alongside the group was Brigadier J D Budhwar, who was then the company commander. “This group was being pushed into Pakistan by LeT and HM, in 1998. When we found out about this our first thought was that they were crossing into Kashmir from the other side.” He recalled that what stopped him from opening fire was spotting a child among the group.

“As we approached him, he told us that he was being taken to Pakistan. Some of them even had weapons but we took them in and brought them into the camp and after a while handed them over to their families,” the officer told The Indian Express. 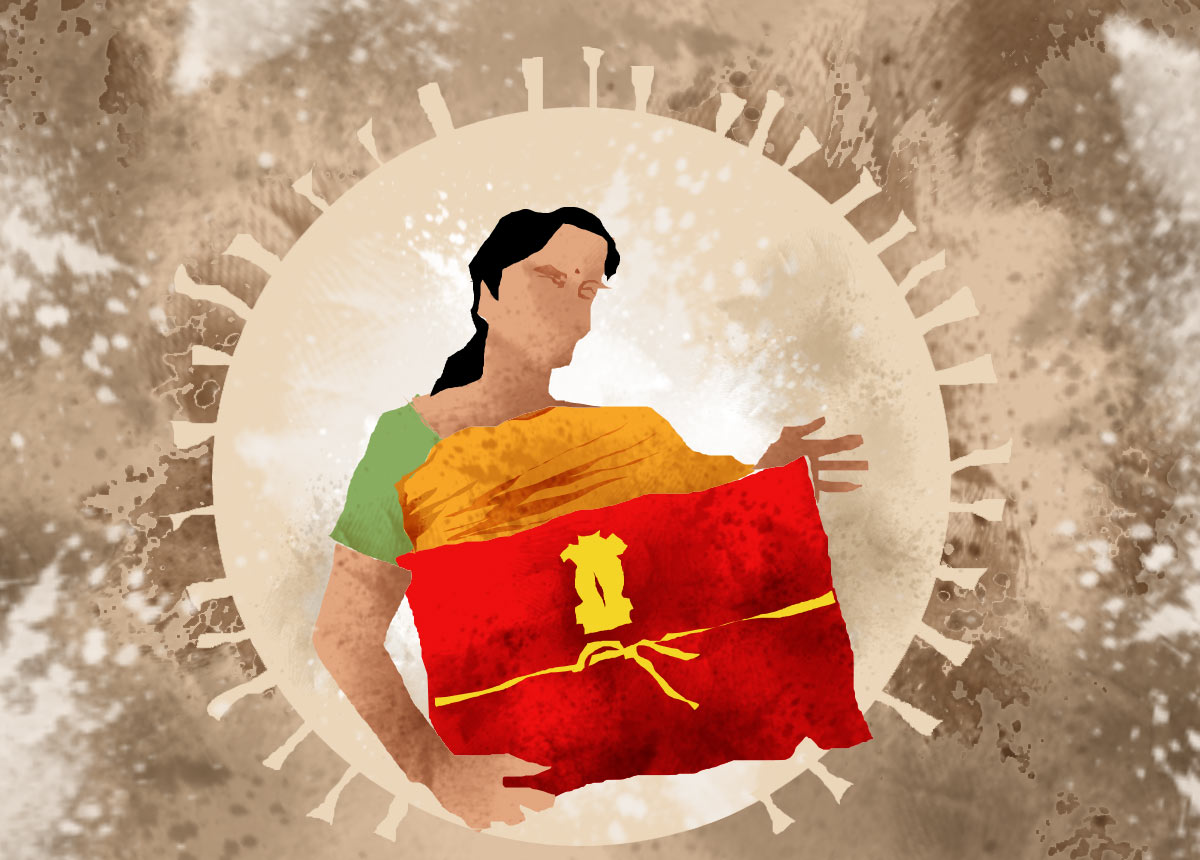