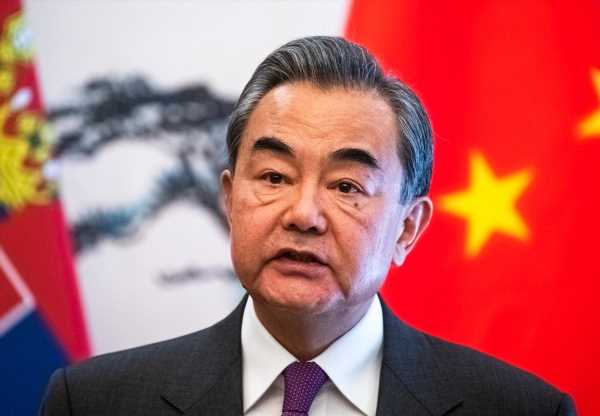 Chinese Foreign Minister Wang Yi said on Sunday that China is ready to work with India for the ‘steady and sound growth’ of bilateral ties and the two countries are committed to upholding stability at the border areas where tensions have prevailed since 2020.

Addressing a symposium on the international situation and China’s foreign relations in 2022, Wang said both countries have maintained communication through diplomatic and military-to-military channels.

“China and India have maintained communication through the diplomatic and military-to-military channels, and both countries are committed to upholding stability in the border areas,” said Wang, who has been elevated to the ruling Communist Party of China’s (CPC) high-power political bureau during the recent party Congress.

“We stand ready to work with India in the direction toward steady and sound growth of China-India relations,” he said at the symposium.

Wang, along with National Security Advisor Ajit Doval, is the Special Representative of the India-China boundary mechanism which has remained dormant in the present set of border standoffs.

In his lengthy address on China’s diplomatic work, Wang focused more on China’s troubled ties with the US and burgeoning relations with Russia, despite the Ukraine war.

He briefly touched on India-China relations that have been bogged down since April 2020 when China tried to move a large number of its troops to the disputed areas in Easter Ladakh, resulting in a prolonged military standoff.

The two countries have held 17 rounds of talks so far to resolve the standoff.

The 17th round of the India-China Corps Commander Level Meeting was held on December 20 during which the two sides agreed to stay in close contact and maintain dialogue through military and diplomatic channels and work out a mutually acceptable resolution of the remaining issues at the earliest, according to a joint press release issued after the talks.

Ever since the once-in-a-five-year Congress of the CPC in October which re-elected President Xi Jinping for an unprecedented third five-year term, speculation is rife about Beijing’s future course of India policy, especially in 2023 and whether it will normalise relations and restore stability at the 3,488-km long Line of Actual Control (LAC) which has been witnessing tensions between the two militaries.

According to observers, this month’s clash between Indian and Chinese soldiers at Yangtse in Arunachal Pradesh, barely weeks after Xi began his new term, spelled danger that 2023 too will end up as yet another blank year in the bilateral ties.

It was the first major clash between the Indian and Chinese armies since the fierce face-off in the Galwan Valley in June 2020 that marked the most serious military conflict between the two sides in decades.

The ties between the two countries froze since then, with India making it clear that peace and tranquillity at the border is the sine qua non for the overall development of bilateral ties.

The PLA’s move at Yangtse taking place after the completion of disengagement from many friction points was seen as the reflection of the dilemma prevailing in the Chinese political and military ranks on how to deal with India which is on political ascendency internationally.

In his address on Sunday, Wang spoke about China’s opposition to ‘bloc confrontation’.

Beijing has been opposing the formation of the Quad alliance comprising the United States, India, Australia and Japan, as well as the AUKUS alliance of the US, Australia, and the United Kingdom.

China claims that such blocs are aimed at containing its rise.

“We have continued to reject bloc confrontation and zero-sum competition, and maintained strategic stability in relations with other major countries,” Wang said.

He said the BRICS countries have projected a resounding voice for global equity and justice, and injected strong BRICS impetus into global economic recovery and development.

The BRICS (Brazil, Russia, India, China, and South Africa) has become the most influential platform for South-South cooperation.

A host of emerging markets are taking great strides to catch up in terms of global governance, turning from followers to forerunners, he said.

In his address, Wang also briefly touched on China’s ties with Pakistan, saying the two countries have ‘continued to firmly support each other, uphold the invaluable all-weather strategic partnership, and consolidate the iron-clad friendship’.

On the China-US ties, which continued to witness turbulence, Wang said, ‘we have firmly rejected the United States’ erroneous China policy and have been exploring the right way for the two countries to get along with each other’.

“As the United States has stubbornly continued to see China as its primary competitor and engage in blatant blockade, suppression and provocation against China, China-US relations were plunged into serious difficulties,” Wang said.

On the Taiwan issue, Wang said China has not been intimidated by US bullying.

“We have not been intimidated by any hegemonic power or its bullying, and have acted resolutely to safeguard China’s core interests and national dignity,” he said.

He, however, spoke highly about the development of China-Russia ties, notwithstanding Moscow’s involvement in the Ukraine war.

“We have deepened good-neighbourliness, friendship and cooperation with Russia, and made China-Russia comprehensive strategic partnership of coordination more mature and resilient,” Wang said.

“Over the past year, China and Russia have firmly supported each other in upholding respective core interests, and our political and strategic mutual trust has been further consolidated,” he said.