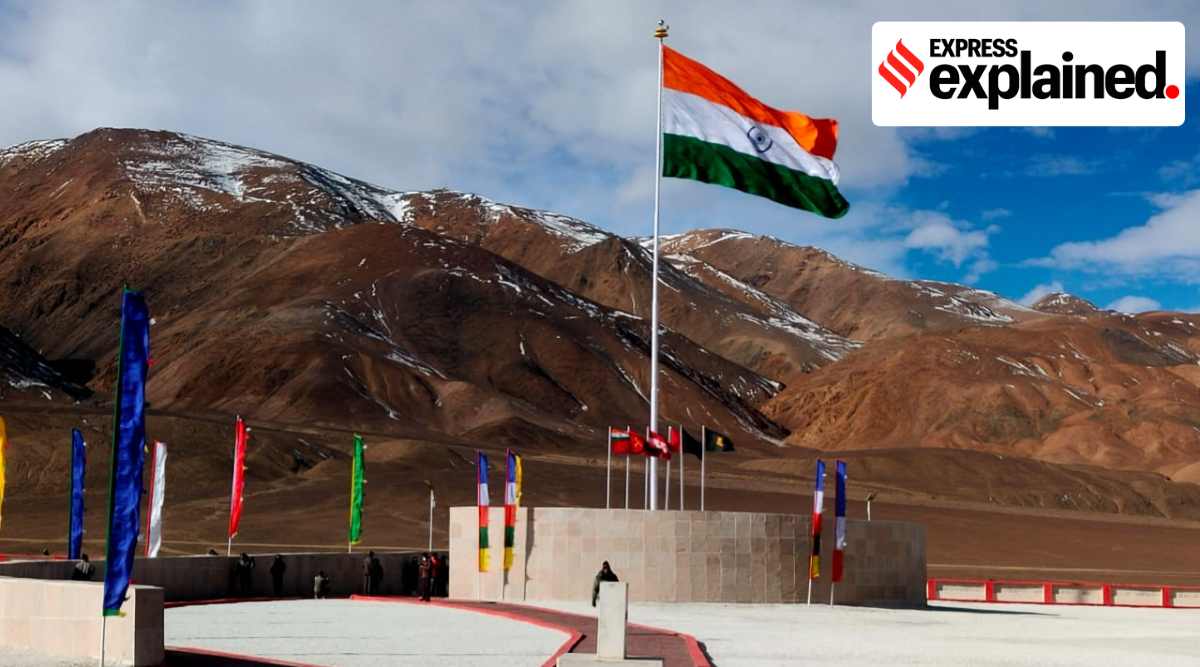 The brightest of the bright spots in the pervasive darkness of 1962 was the Battle of Rezang La in the high Himalayas in Ladakh. Rezang La is vital for the defence of the crucially important Chushul. Any invader reaching there would have had a free run to Leh. 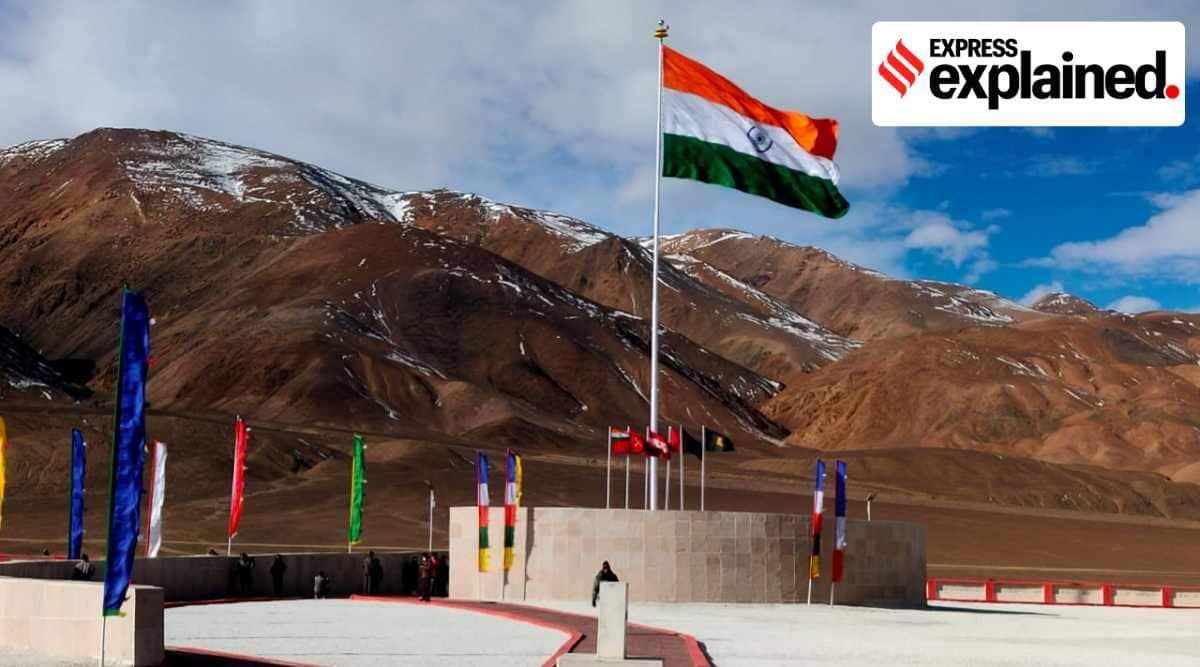 Defence Minister Rajnath Singh is in Ladakh, where he will visit Rezang La to pay tributes to the Indian soldiers who fought a heroic battle there in 1962, and to dedicate to them a revamped War Memorial.

This is an edited version of the recounting of the heroic last stand of 13 Kumaon’s C Company by the late political commentator Inder Malhotra, which was published in The Indian Express on February 20, 2012, under the headline ‘The courage of 13 Kumaon: Amid the army’s ignominy in 1962, there were stories of incredible bravery — like the battle of Rezang La’.

So painful, indeed traumatic, is the story of the 1962 border war with China that the spotlight needs to be turned on whatever little did go right amidst the overwhelming disaster when almost everything else went unbelievably wrong. Sadly, the Indian army did disgrace itself. But it was the incompetence of the army high command, consisting largely of amiable frauds or flatterers who had flourished until then, which drove the army to its nadir, not the rank and file or young officers…

The brightest of the bright spots in the pervasive darkness of 1962 was the Battle of Rezang La in the high Himalayas in Ladakh. The place is a massive 16,000-foot-high feature in the narrow gap between the even higher mountains surrounding the strategic village of Chushul and the Spanggur Lake that stretches across both Indian and Chinese territories. Rezang La is therefore, vital for the defence of the crucially important Chushul. Any invader reaching there would have had a free run to Leh.

The 13th battalion of the Kumaon Regiment was entrusted with the defence of Chushul. Its C Company, consisting of 117 men, commanded by a major with the unusual name, Shaitan Singh, was responsible for holding Rezang La. He had deployed his three platoons across a two-kilometre frontage deftly with a view to protecting Rezang La from whatever side the Chinese might choose to attack. His men were well-entrenched and reasonably well-equipped. But they did not have mines, and the overhead shelter for the command posts was inadequate in sub-zero temperature. 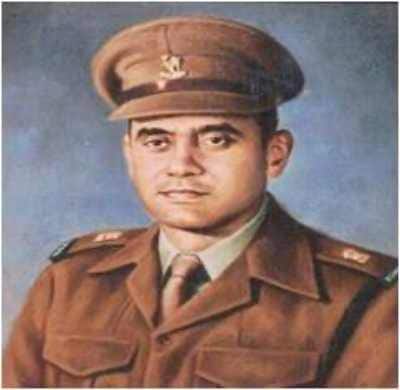 It was at first light on November 18 that the first Chinese attack came. Two of the three Indian platoons opened relentless rifle, machine gun and mortar fire on the advancing Chinese and repulsed them. The Chinese casualties were heavy. Their immediate reaction was intense artillery firing on Indian positions. Later, they made a second attempt to occupy Rezang La, this time with a four-to-one numerical superiority.

The Indian platoon that had previously held its fire confronted them with all the weaponry it had. After many of them had fallen, 20 of the survivors decided to charge the Indian platoon. A dozen Kumaonis jumped out of their trenches to take them on in hand-to-hand combat.

Having failed in their frontal onslaughts, the Chinese then attacked the Indian positions from the rear while keeping up the artillery and mortar barrage and eventually succeeded in overrunning the platoon shortly before China’s unilateral ceasefire.
Be it noted that these details, initially sketchy, were given to the battalion headquarters by the three grievously wounded survivors of the C Company who had managed to get there. The real glory and grandeur of the defence of Rezang La became known only three months later when, with the advent of spring, the first Indian party could climb up there.

All the 109 soldiers were frozen as they had died with weapons in hand. Five of their comrades had been taken prisoner by the Chinese. Each had fired all the ammunition he had. The C Company had literally fought to the last man and the last bullet. The Chinese casualties had been removed but there was enough evidence to show that these were many. 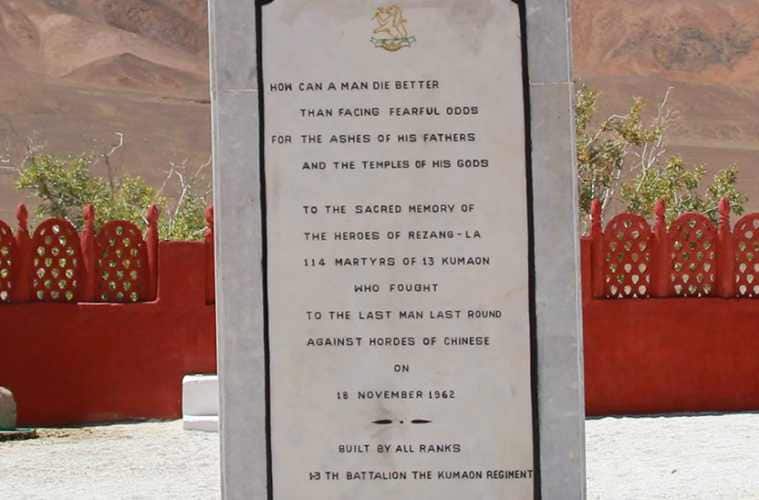 It was also discovered that Major Shaitan Singh, who was constantly moving from one platoon to the other, was wounded by the Chinese firing. Two of his comrades tried to carry him to safety but he told them to put him down behind a boulder and go to fight the enemy. He later died on the same spot. His body was flown to his village near Jodhpur to be cremated with full military honours. For his exemplary leadership and extraordinary courage he was awarded the Param Vir Chakra. He was the second army man to win this highest gallantry award. Several other men of the company earned the Vir Chakra, also posthumously.

As it happened, among the dead there were three members of the same family, two brothers and their brother-in-law (sister’s husband). They were the ones who had given the company early warning of the Chinese assault. A large number of men, though not related to one another, belonged to the same village.

General K S Thimayya, the most celebrated Kumaoni and independent India’s fourth army chief, applauded the defenders of Rezang La in glowing terms, as did his successor more than a decade later, General T N Raina, also belonging to the Kumaon Regiment. Wrote Thimayya: “In military history you rarely come across such examples when facing such heavy odds the men fought to the last bullet and the last man”. Indeed, in the annals of war the name of 13 Kumaon deserves to be written in letters of gold.