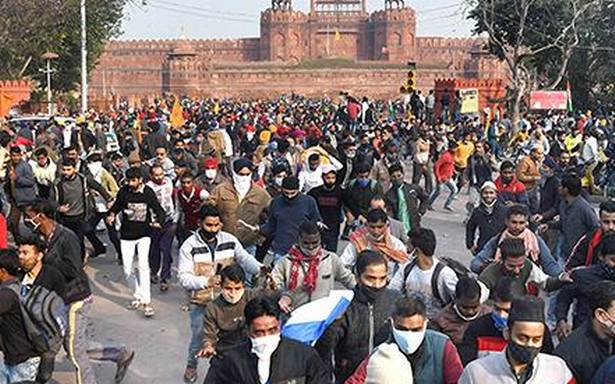 Actor Deep Sidhu, 15 others were held

No sedition charges have been mentioned in the chargesheet filed by the Special Investigation Team of the Delhi Police against Punjabi actor-activist Deep Sidhu and 15 others who were arrested in the Red Fort violence case, said a senior officer on Friday.

“We have conducted a detailed investigation while preparing the chargesheet. The accused have not been charged under sedition. If more evidence emerges in the case then they will file supplementary chargesheet,” the police officer said.

He added that a 3,000-page chargesheet was submitted on May 17 before the Duty Magistrate at the Tis Hazari Court. It was the first chargsheet in the violence that happened during farmers’ tractor rally on Republic day across the city.

“The chargesheet was prepared after going through scores of technical evidence like mobile locations of accused and their presence was also established with the help of CCTV footage. The forensic report of all evidence has been also submitted in the chargesheet. The main ‘operational part’ is mentioned in 350 pages in which the name of the conspirators and how the whole incident happened has been described in detail,” said the officer.

Lakha Sidhana and six others are named as absconding accused as they are still on run.

In the chargesheet, the police have mentioned Deep and Lakha as key conspirators, who were acting on behest of farmers’ leaders protesting at Singhu, Tikri and Ghazipur border.

After January 26 violence, the Delhi Police registered 43 cases across the city.

The SIT constituted by the Delhi Police Crime Branch that was probing the Red Fort incident on Republic Day. Over 150 persons were arrested in connection with the case.