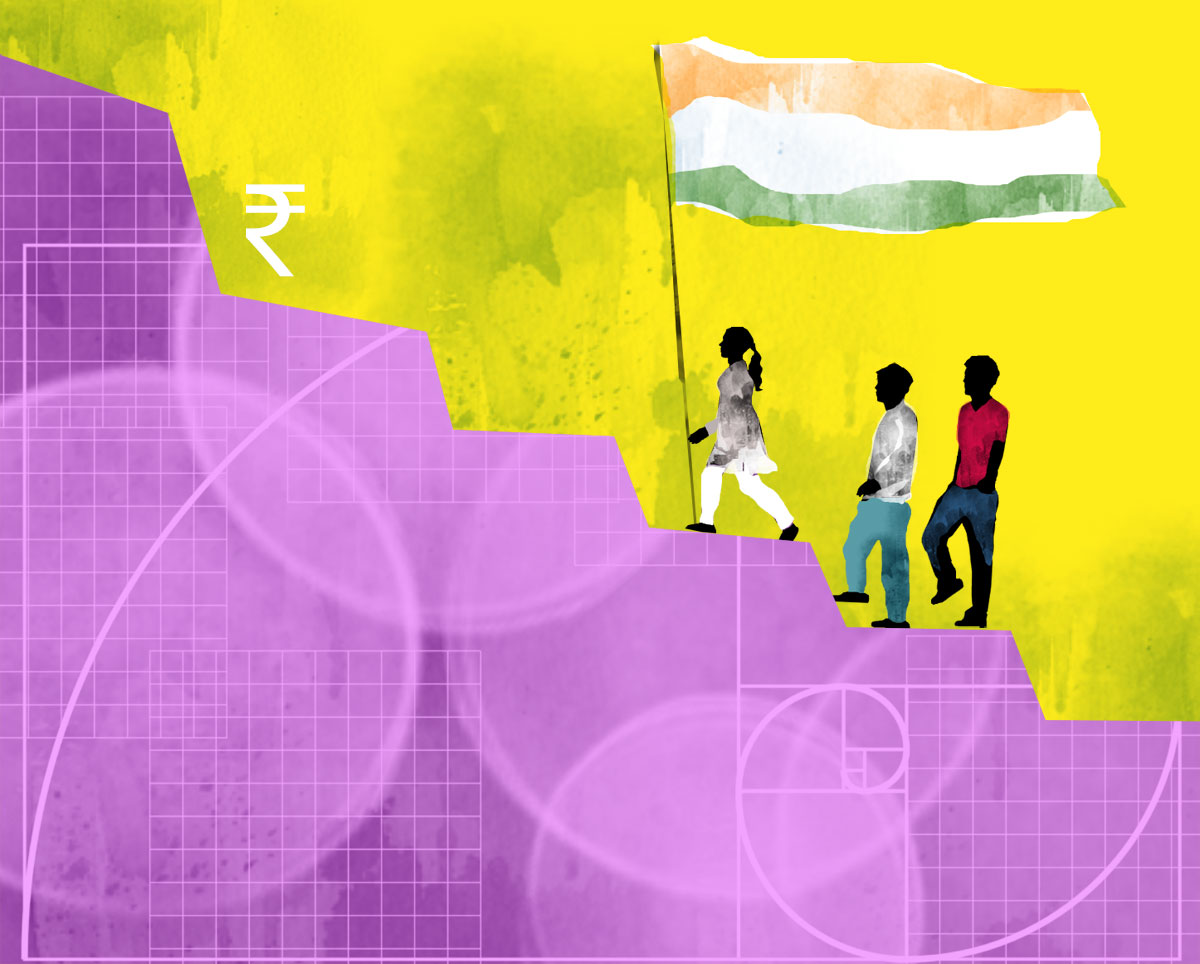 Ajit Balakrishnan on keeping an eye on democratising finance in India.

The impeccably booted and suited tall foreigner-looking man with a broad smile on his face broke through the crowd and shook hands with me vigorously. ‘That was a great presentation. Are you by any chance looking for a venture capital investment in your business?’

This scene is set in an auditorium in Worli, Bombay, in 1998, and I had just finished my 30-minute PowerPoint presentation, holding that business on the Internet was the way to go in the future.

After the silence with which my presentation was received by the 400-plus audience gathered to hear about promising business ideas for the future, I was thrilled that at least one person there thought what I said in my presentation made sense.

But then, this distinguished-looking man (an American?) had used the word ‘venture capital’ and in spite of my IIM background and wide reading, I wasn’t sure where venture capital would fit into my plans for my fledgeling Internet business (the word ‘start-up’ was not in common use at that time).

‘May I come and visit you at your office tomorrow?’ the man asked, looking at my bewildered face.

‘Of course,’ I said out of politeness and gave him my card with the address of the 400-square foot hole that I referred to as ‘my office’.

I was intrigued that this foreigner saw my Internet business idea promising. Normally when I made a presentation of the kind I had just made to an Indian business conference, saying that the Internet was the future of the world, I would be greeted with sceptical looks.

One top-ranking investor in Dalal Street had even called me into a corner once and whispered to me: ‘You are a promising and talented man, don’t go around saying “Internet, Internet” and make a fool of yourself.’

From his facial expression I could see that he meant those words of advice with great sincerity.

Anyway, one thing led to another. The man (he was indeed an American operating in Silicon Valley) came to my office and persuaded me to accept his one million-dollar investment for a small share of my business.

In the next two or three years, there was a steady procession of venture capitalists and private-equity investors who came by and persuaded me to let them invest in my Internet business.

I learned gradually that a venture capital fund provides financing to early-stage, non-publicly traded companies in return for equity shares and that it originated in the United States, which is still the largest market for such firms.

The term of a US-based venture capital fund is typically 10 years, and it has to sell off its investment or float it in the public market before the life of the fund ends.

If the venture capitalist has invested in your business in his fund’s seventh year, for instance, he has a mere three years left for you to deliver results for him.

I learnt that this short time limit is the reason why venture capitalists constantly press the entrepreneur to show high growth even if the local market (for example, the Indian market) is evolving very slowly.

I have been intrigued by what the big picture underlying all this thinking was.

Is it true that ‘financialisation’ is in our time, as some believe, something as basic and beneficial as ‘industrialisation’ was in the 18th century?

Industrialisation (the use of machines in manufacturing) made clothing affordable by all and not just the wealthy (forgetting for the moment that it impoverished Indian spinners and weavers).

As Wikipedia describes it, ‘financialisation is understood to mean the vastly expanded role of financial motives, financial markets, financial actors, and financial institutions in the operation of domestic and international economies’.

India too seems to be on the ‘financialisation’ path: The Indian media loves to tell unicorn stories — the announcement of yet another start-up reaching a valuation of a billion dollars because an American fund has bought a piece of its equity at an astronomical price.

What are the underlying forces at play in these transactions?

One clearly is that these American funds are anticipating a future in which an American company gets an entry into the Indian market by buying off their investments: A case in point is Walmart trying for many years to get a foothold in India without success but suddenly achieving it by buying Flipkart at an astronomical value.

Practically all venture capital firms operating in India have at their core American funds as investors and it appears that their plan is similar to this: Push their Indian investee company to show rapid growth for two or three years and then hope to get an American company seeking an entry into India to acquire this investee company.

Venture capital funds also operate in fashion cycles: The first fashion cycle in the early 2000s was media, then it shifted to e-commerce, and at present the fashion is financial services.

But this also means at most a single-digit number of start-ups get funded in each fashion cycle.

Is it at all possible to conceive a venture capital system in India that is more ‘democratic’? By this I mean “stimulate the creation of perhaps a thousand venture funds geographically spread through India (and not just in Bangalore, Madras, Bombay, and Delhi) and who will invest amounts in the range of Rs 1 crore for a 20 per cent stake and thus enable young Indian entrepreneurs to execute the many wonderful ideas they have?

What policy initiatives can the Government of India initiate that will create such a democratic Indian venture capital system?

With a worldwide recession looming and the usual job providers such as the IT sector scaling down, we in India may need to urgently pursue such a path.