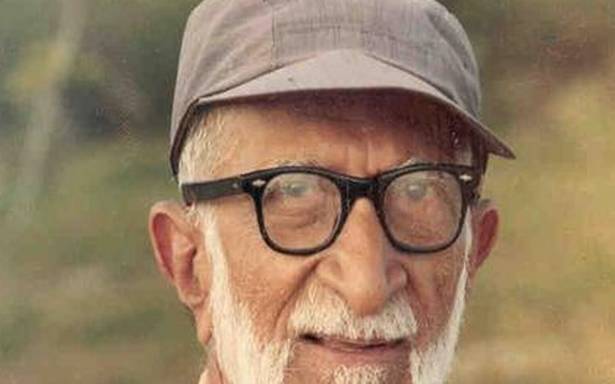 November 12, 2021 marks the 125th birth anniversary of Dr Sálim Ali, the doyen of Indian ornithology who triggered modern environmental consciousness in India. Sálim Ali has motivated, nurtured and left behind a breed of researchers and bird watchers, young and old, who carry forward his legacy.

Modern documentation of the natural history of India started during the late 19th and early 20th Century by western explorers. This is the time Salim Ali set standards for natural history exploration.

Naturalists such as TC Jerdon, BH Hodgson, Edward Blyth and the founding member of the Indian National Congress AO Hume, dominated ornithological exploration and documentation in the Indian subcontinent during the 19th Century. The first half of the 20th Century saw the consolidation of this information through the works of eminent ornithologists such as Stuart Baker, CB Ticehurst and Hugh Whistler.

They carried out taxonomic documentation of birds of our land through extensive collection and preservation of specimens. The All these collected specimens are available in museums in of India and elsewhere in the world. Even during the time, his interest was more in the living bird. He learned the techniques from his teachers and associates, most of them were westerners, notably Europeans such as Erwin Stresemann, Richard Meinertzhagen and American Dillon Reply. He had his own way of learning and teaching. Automatically he emerged as the teacher to all those who associated with him. Being inquisitive, meticulous, and productive, he naturally assumed a position of authority in the ornithological scenario of India. Over a period of time, the grand ‘Old Man’, (as he was lovingly called by his students and younger colleagues in the later years) became a legend of natural history observation and studies in independent India. He published several volumes and received several awards and accreditations. Still, as all his colleagues and students remember, his happiness always was in being with birds. Since then, Bombay Natural History Society (BNHS) — where he worked — has become a source of inspiration to all those who love Nature and birds.

After his demise in 1987, within three years and with the help of BNHS, the Government of India established a Centre of research in his honour, Sálim Ali Centre for Ornithology and Natural History (SACON), in Coimbatore. So far, SACON has carried out more than 400 study projects, including 70 PhDs, and provided many policy formulations and several practical recommendations for the conservation of endangered and endemic bird species and their habitats in the country. SACON has reached out to students, bird watchers and nature lovers, instilling conservation concern through Nature education programmes.

Salim Ali Naturalist Forum in Coimbatore has demonstrated how the bird loving people can positively contribute to the society. Recently, the government of India has established a National Avian Forensic Laboratory in SACON and upgraded the existing ecotoxicology lab to the state-of-the-art National facility for Ecotoxicology. In his later years Salim Ali was much concerned with application of Ornithology. In a country like ours, so largely dependent upon agriculture and forestry, the role played by birds is of the highest economic importance. In that regard, SACON has conducted many researches in agricultural ornithology.

In the last decade, SACON has twice brought all ornithologists and bird watchers of the country together in the same platform for stock-taking and discussing the future through two international conferences.

India has 13 per cent of the world’s birds (1340 species), including 78 endemic species. Indian bird watchers have contributed significantly to online digital platforms such as the eBird of Cornell Lab of Ornithology.

The responsibility to carry forward the legacy of Salim Ali is on the young birders of the country. The institutional leaders such as SACON are leading from the front to make Indian ornithology bright, vibrant and contribute to the country’s overall development in future.

Often, when our uncle Sálim is being discussed, my mind travels to Tehmina, his wife, friend, colleague, advisor and housekeeper. This latter task was often accomplished in a tent or crumbling remains of a forest bungalow… and is best described in his autobiography, The Fall of a Sparrow: “ Tehmina had a flair for transforming even the dilapidated chauris-to which we were sometimes driven at a pinch- into cosy liveable homelike places when a longer halt was involved. On arrival at a camp, when the others were out collecting, she went into action, getting the place swept and tidied up and giving it little womanly touches with the colourful curtains, counterpanes, flower vases and suchlike trifles that she always insisted on carrying around with her: they made all the difference.”

Her contribution did not end with vases and counterpanes. Like Sálim mamoo, she seems to have been a tough hiker and bullock-cart passenger; in those days, unsprung contraptions with wooden wheels, on “roads” that were rutted, uneven tracks. Often, they would both alight and walk behind it. Sometimes, he would have shot a deer for the pot. His camp staff had to eat every morsel on their plate. Once on your plate, it had to disappear inside you. Three decades later when I was in school, I remember his camp taxidermist giving us a rueful description of the challenges of mealtimes with Sálim, and the advantage of eating while walking around so that unpalatable pieces could be quickly thrown into the bushes when he wasn’t looking. (Did Tehmina have similar moments, I wonder, or was she exempt from this rule?)

‘Tehmina’ (from the Arabic) means clever, and she certainly was. Educated in England at a prestigious girls’ boarding school in Surrey, she emerged with an impressive knowledge of English literature and other “artsy” subjects as well as home arts of, for instance, darning a husband’s woollen sock. She was then sent off to a “finishing school”…rather than university, which is what she seems to have wanted. But her father, though a progressive man, believed that young ladies had to learn the airs and graces and Tehmina would describe her lessons in lady ship with much amusement and gusto, such as saying “excuse me” while stirring a pot of weak tea.

Salim and Tehmina had known each other as babies in Bombay, having been kindergarten batch mates. They were brought together again in a match-making effort by his sisters, who felt that their Saloo had better settle down before his birding adventures pushed him out of the marriage market.

Tehmina’s father was also supportive of this budding ornithologist’s lifestyle, and well-heeled to boot. Post marriage (1918) they lived with him, after which he settled them into a ‘dear little flat in Byculla’. There, they had quite a swinging social life, with the likes of Sarojini Naidu and her daughter Padmaja coming to dinner. Salim’s bird-watching stories and Tehmina’s finishing-school manners and crocheted d’oylies must have made for an interesting evening. Tehmina had a job at the Women’s Council in the Bombay Town Hall, and Salim would drop her there on his way to the Prince of Wales Museum, where he was Naturalist-Guide. Their car, a seven horse-power baby Austin, was named Jane, after Tehmina’s favourite author Jane Austen. It was a perfect size, and light enough to push when out of petrol or having a bad day.

Once the bird surveys began, initially financed by the then princely states, she was his constant companion. Evening camp time included her read-alouds from Shakespeare, a favourite with both of them, or couplets from Ghalib or Iqbal. Along the way, she had also become a birdwatcher, and observed the collection team’s work with interest. The vase of flowers and table-cloths remained, but she was also becoming someone he could discuss ornithology with. From all accounts, she was a sophisticated and accurate writer (her lively letters to my grandmother testify to this) and a great help with his bird notes: and probably the early drafts of what would become his magnum opus, The Book of Indian Birds.

In time, she might have become an ornithologist herself, and they might have been colleagues par excellence. But it was not to be. She was to die a tragic and untimely death in 1939, of septicaemia after a small, simple surgery. Salim mamoo moved to my grandmother’s(his sister’s) home in Pali Hill, Bombay, then … ‘a delightfully quiet and green residential suburb’.

Tara Gandhi was guided by Salim Ali for her Masters in Field ornithology. Words of Birds (Published by Black Kite and distributed by Hachette India) by Salim Ali edited by Tara Gandhi, set to be launched today, is a collection of Sálim Ali’s radio broadcasts.

Being Dr Sálim Ali’s student was an unparalleled privilege. I have precious memories of the many road trips and walks with him when he visited my field study sites, during which his conversation was elevating, educative, yet full of humour. The day I handed him my completed research thesis was a significant landmark in my life.

Though he was well known as India’s Birdman or the Greatest Indian Ornithologist, Sálim Ali was a pioneering ecologist in India and his true interest was in the crucial place of not only birds, but of all living beings in Nature’s cyclic processes. He was an influential figure who persuaded our national leaders to establish sanctuaries to conserve the habitats of birds and other wild fauna.

Compiling Words of Birds was an exciting journey of discovery and learning. When I was going through the files of Sálim Ali’s archival papers at the Nehru Memorial Museum and Library in Delhi, I found a typewritten list titled Radio Talks. He must have typed it himself, as was his practice, on an old-fashioned typewriter, noting by hand, the date and place of broadcast of each of the talks he had delivered over a period of more than 40 years! Fortunately the scripts were digitised and kept in the library of the Bombay Natural History Society.

In these radio talks, Sálim Ali spoke about the simple joys of birdwatching, bird behaviour and ecology, endangered species of birds and animals and further on, to policies for science-based conservation. He talks of the role of birds in the agricultural landscape and their valuable contribution to the economy.

In his talk titled ‘The Role of Birds in Agriculture and Forestry’ as far back as in 1973, he says, ‘Adequate, wisely maintained forests……. constitute Nature’s strongest insurance against floods and droughts as we have been experiencing of late.’ These words could very well have been said today when such disasters are still a recurring feature. Again in his radio talk titled “ Man and Nature in India” in 1976, he expresses his concern for the serious decline in bird and animal populations and degradation of natural ecosystems in the country.

Sálim Ali inspired and excited young minds to enjoy the fun and adventure of being close to nature, out in the wilderness and to share his wonder and delight of birdwatching. His own words about these radio broadcasts are “The object of these talks is really to interest listeners, in the first instance for the healthy pleasure and satisfaction bird-watching affords rather than for its intrinsic scientific possibilities”. It is this spirit of enquiry that he wished to inculcate in his readers and his listeners.