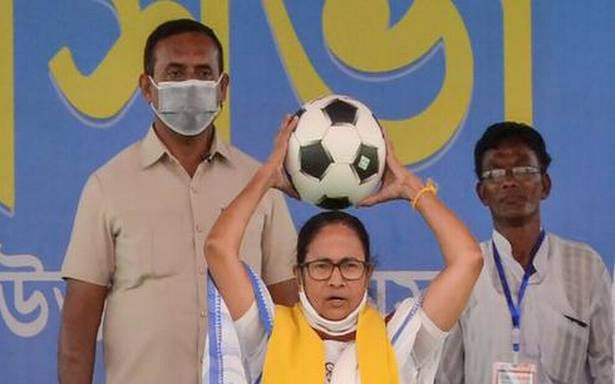 Of 44 seats, 14 are spread across two districts of north Bengal, 9 in Cooch Behar and 5 in Alipurduar district

Marginalised people from remote areas will exercise their right to franchise as 14 seats in Cooch Behar and Alipurduar districts of north Bengal go to the polls in the fourth phase of West Bengal Assembly elections. The areas include erstwhile enclaves bordering Bangladesh to a particularly vulnerable primitive tribe Toto living in the hills near Bhutan. In all, the electorate of 44 Assembly segments will vote in the fourth phase on April 10.

Of the 44 seats, 14 are spread across the two districts of north Bengal, nine are in Cooch Behar and five in Alipurduar district. The fact that the Trinamool Congress lost both the Cooch Behar and Alipurduar Lok Sabha seats in the 2019 Lok Sabha election makes it an all the more important contest for the ruling party. Chief Minister Mamata Banerjee has campaigned extensively in the districts, emphasising that she has established peace and stability in the region and is upset that she lost the seats in the 2019 Lok Sabha polls.

Cooch Behar used to be the capital of the erstwhile Koch Kings and both the Trinamool Congress and the Bharatiya Janata Party have been wooing the Rajbanshi population. The region saw a violent separatist movement in the first decade of the century. The BJP leadership has promised a Narayani Sena force on the lines of other paramilitary forces in the country if elected, while the Trinamool is promising a battalion called Narayani Battalion in the police force. Occasional references to Panchanan Barma, another Rajbanshi icon, are made by both parties.

Seats like Mekhliganj, Sitalkuchi, Sitai and Dinhata in Cooch Behar share a porous border with Bangladesh. For a district with over 25% minority population, the BJP has been raising the issue of infiltration with Union Home Minister Amit Shah pointing out that if the party wins, it won’t allow a bird to fly from across the border. Both the BJP and the TMC take credit for settling the long-drawn issue of enclaves. In 2015, after the historic Land Boundary Agreement, 51 Bangladeshi enclaves located deep inside the Indian territory became part of India and 111 Indian enclaves in Bangladesh were merged with the territory of the neighbouring country.

Over 900 people from the Indian enclaves in Bangladesh who were settled in camps in Cooch Behar district feel that there is a gap between what was promised and delivered. “No leaders come here any more, not even during elections. Six months ago, we were shifted from the camps to small flats. The free rations which the State government was giving have been stopped. We are a forgotten lot,” said Osman Gani, a resident of the Dinhata settlement camp.

Dinhata, which has been witnessing violence over the past several weeks, is all set for an electoral contest between Nisith Pramanik, who was elected as BJP MP from Cooch Behar, and Udayan Guha of the Trinamool Congress.

Like in many seats across the State, the BJP has fielded TMC turncoats, including MLA Mihir Goswami, who joined the party months ago, at the Natabari Assembly seat against prominent Trinamool Minister for North Bengal development Rabindranath Ghosh.

Cooch Behar district used to be a Forward Bloc bastion and in seats like Cooch Behar Uttar, the Samyukta Morcha candidate can play a key role.

In the adjoining Alipurduar district, with a significant tribal population adjoining the Buxa Tiger Reserve, the economy depends on tea gardens. Leos Hasapurty, a senior union leader of the tea gardens from the Madarihat Assembly segment explained the plight of tea workers. “On paper, the wages for the tea garden workers are ₹202 a day, but most of the workers are brought on contract from other tea gardens and get much less. Most of the tea gardens were started before the country got Independence but we are struggling to get minimum wages,” he said, referring to half a dozen tea gardens that are lying closed in the district.

The poll manifestos of both the BJP and the TMC promise an increase in wages. On the campaign trail, the BJP leaders have been talking about a ₹1,000 crore allocation for tea workers of Assam and Bengal if elected, while the TMC is promising projects like ‘Cha Sundari’ with provisions of providing houses for tea garden workers.

Leader of the BJP in the West Bengal Assembly, Manoj Tigga, is contesting against the TMC’s Rakesh Lakra from Madarihat seat. In Alipurduar, TMC leader Sourav Chakraborty is contesting against the BJP’s Suman Kanjilal. Earlier, the BJP had fielded economist Ashok Lahiri from the seat but later renominated him from Balurghat after protests erupted among the party’s rank and file.