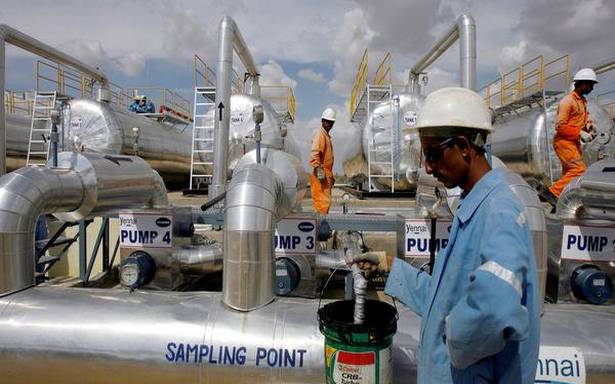 Last month, Cairn had agreed to drop litigations to seize Indian properties as it has accepted the Indian government’s offer to settle tax dispute relating to the levy of taxes retrospectively.

Britain’s Cairn Energy Plc has dropped lawsuits against the Indian government and its entities in the U.S. and other places and is in the final stages of withdrawing cases in Paris and the Netherlands to get back about ₹7,900 crore that were collected from it to enforce a retrospective tax demand.

As part of the settlement reached with the government to the seven-year old dispute over levy of back taxes, the company —which is now known as Capricorn Energy PLC—has initiated proceedings to withdraw lawsuits it had filed in several jurisdictions to enforce an international arbitration award which had overturned levy of ₹10,247 crore retrospective taxes and ordered India to refund the money already collected.

Two sources with direct knowledge of the matter said Cairn on November 26 withdrew the lawsuit it had brought in Mauritius for recognition of the arbitration award and took similar measures in courts in Singapore, the U.K. and Canada.

On December 15, it sought and got ‘voluntary dismissal’ of a lawsuit it had brought in a New York court to seize assets of Air India to recover the money due from the government. On the same day, it made a similar move in a Washington court where it was seeking recognition of the arbitration award.

Recognition of arbitration award is the first step before any enforcement proceedings like seizure of assets can be brought.

Sources said the critical lawsuit in a French court, which had attached Indian properties on the petition of Cairn, is in the final stages of withdrawal. Paper work is expected to get completed in the next couple of days.

The attachment of Indian assets, including some flats in Paris, in July used by the Indian government staff had triggered scrapping of a 2012 amendment to the Income Tax Act that gave taxmen powers to go back 50 years and slap capital gains levies wherever ownership had changed hands overseas but business assets were in India.

The tax department had used the 2012 legislation to levy ₹10,247 crore in taxes on alleged capital gains Cairn made on reorganisation of its India business prior to its listing in 2006-07.

Cairn contested such demand saying all taxes due when the reorganisation, which was approved by all statutory authorities, took place were duly paid.

But the tax department in 2014 attached and subsequently sold the residual shares that Cairn held in the Indian unit, which was in 2011 acquired by Vedanta group. It also withheld tax refunds and confiscated dividends due to it to settle part of the tax demand. All this totalled to ₹7,900 crore.

Sources said paperwork for withdrawal of a suit in the Netherlands too is in the final stages.

Last month, Cairn had said it has agreed to drop litigations to seize Indian properties in countries ranging from France to the U.K. as it has accepted the Indian government’s offer to settle tax dispute relating to the levy of taxes retrospectively.

Meeting the requirements of new legislation that scraps levy of retrospective taxation, the company has given required undertakings indemnifying the Indian government against future claims as well as agreeing to drop any legal proceedings anywhere in the world.

About ₹8,100 crore collected from companies under the scrapped tax provision are to be refunded if the firms agreed to drop outstanding litigation, including claims for interest and penalties. Of this, ₹7,900 crore is due only to Cairn.

Subsequent to this, the government last month notified rules that when adhered to will lead to the government withdrawing tax demands raised using the 2012 retrospective tax law and any tax collected in the enforcement of such demand is paid back.

For this, companies are required to indemnify the Indian government against future claims and withdraw any pending legal proceedings.

Cairn gave such undertaking and is now withdrawing cases.

The 2012 legislation was used to levy a cumulative of ₹1.10 lakh crore of tax on 17 entities including UK telecom giant Vodafone but nearly 98% of the ₹8,100 crore recovered in enforcing such a demand was only from Cairn.

An international arbitration tribunal in December overturned the levy of ₹10,247 crore in taxes on a 2006 reorganisation of Cairn’s India prior to its listing, and asked the Indian government to return the value of shares seized and sold, dividend confiscated and tax refund withheld. This totalled $1.2 billion-plus interest and penalty.

The government initially refused to honour the award, forcing Cairn to identify $70 billion of Indian assets from the U.S. to Singapore to enforce the ruling, including taking flag carrier Air India Ltd to a U.S. court in May.

A French court in July paved the way for Cairn to seize real estate belonging to the Indian government in Paris.

All these litigations are being dropped one by one, sources added.