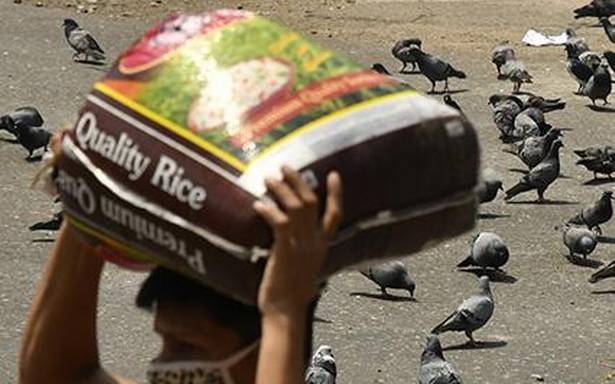 ‘Implement SC directive at the earliest’

The Centre must operationalise the Supreme Court’s recent orders to ensure migrant workers’ welfare by reviving and expanding last year’s Atma Nirbhar scheme to provide free rations to such workers and other needy people who do not have ration cards, according to three activists who are intervenors in the case in the top court.

They have written to Prime Minister Narendra Modi and all Chief Ministers to push for urgent implementation of the Supreme Court orders on May 13 and 24, directing that all migrant and stranded workers be provided dry rations and cooked food.

“During this time of crisis, it is unconscionable to not provide basic food and social security to the economically vulnerable workers of the country,” said the letter to the Prime Minister, written by Anjali Bhardwaj, Harsh Mander and Jagdeep Chhokar. “At a time when the government has record high stock of foodgrains — 100 million tonnes as per the FCI website — and there is acute distress among the working poor, this stock must be used to provide rations to all those in need. Food security net must not only be restricted to ration cardholders,” they added.

The Centre’s current COVID-19 relief scheme only provides additional free grain to ration cardholders, while last year’s Atma Nirbhar Bharat Scheme offered free food to eight lakh migrants, stranded workers and others without ration cards. “This year, the situation is even grimmer, with people dealing with the intense double crisis of health and economic distress, building up into the gravest humanitarian crisis of many decades. Meagre savings that the working poor had were exhausted in coping with the lockdown last year,” said the letter.

The activists also urged the PM to ensure that the Supreme Court’s directions regarding the registration of migrants, unorganised sector and construction workers were also followed. “Many of the actions by the States entail first actions by the Union government,” they said.

In the letter to Chief Ministers of all States, the activists called for cooked food to be provided to migrants through community kitchens as the court had directed, apart from the distribution of dry rations. They also urged that cash transfers be given as compensation for the loss of livelihoods due to lockdowns imposed by States, pointing out that they were essential to help vulnerable communities meet expenses such as rent, medical needs, milk, cooking oil and gas.