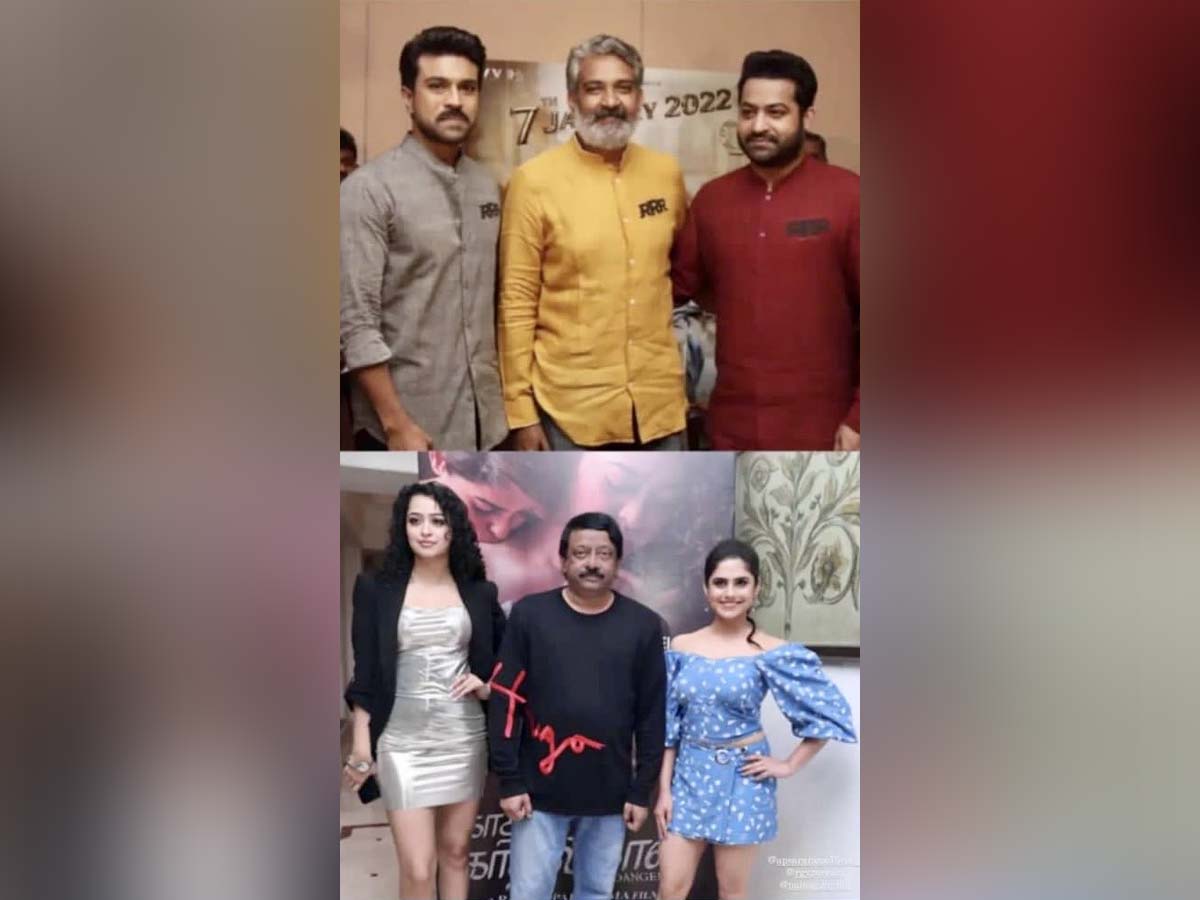 Ram Gopal Varma aka RGV is known for being in the news for all the wrong reasons. Be it for his films or statements, Satya helmer is always in the news. The filmmaker has yet again managed to grab the attention on his tweet RRR and its lead actors- Ram Charan and Jr NTR.  Yesterday evening RGV took to his twitter and posted an interesting tweet. RGV compared RRR lead actors Ram Charan and Jr NTR with Naina Ganguly and Apsara Rani- the lead actresses of his upcoming film Dangerous.

Ram Gopal Varma shared a pic and wrote, “Well sirrr  SS Rajamouli sir, if u have ur DANGEROUS men like  Ram Charan and  Jr NTR ,I also have my DANGEROUS women like Naina Ganguly and Apsara Rani.”

Another Twitter user wrote: Don’t know why the the director RGV selecting unique concepts in recent days Reason : trying something to achieve as a pure director. Challenging himself ,how much I can deliver with minimum resources available in quick sessions. Great idea with bad time running .