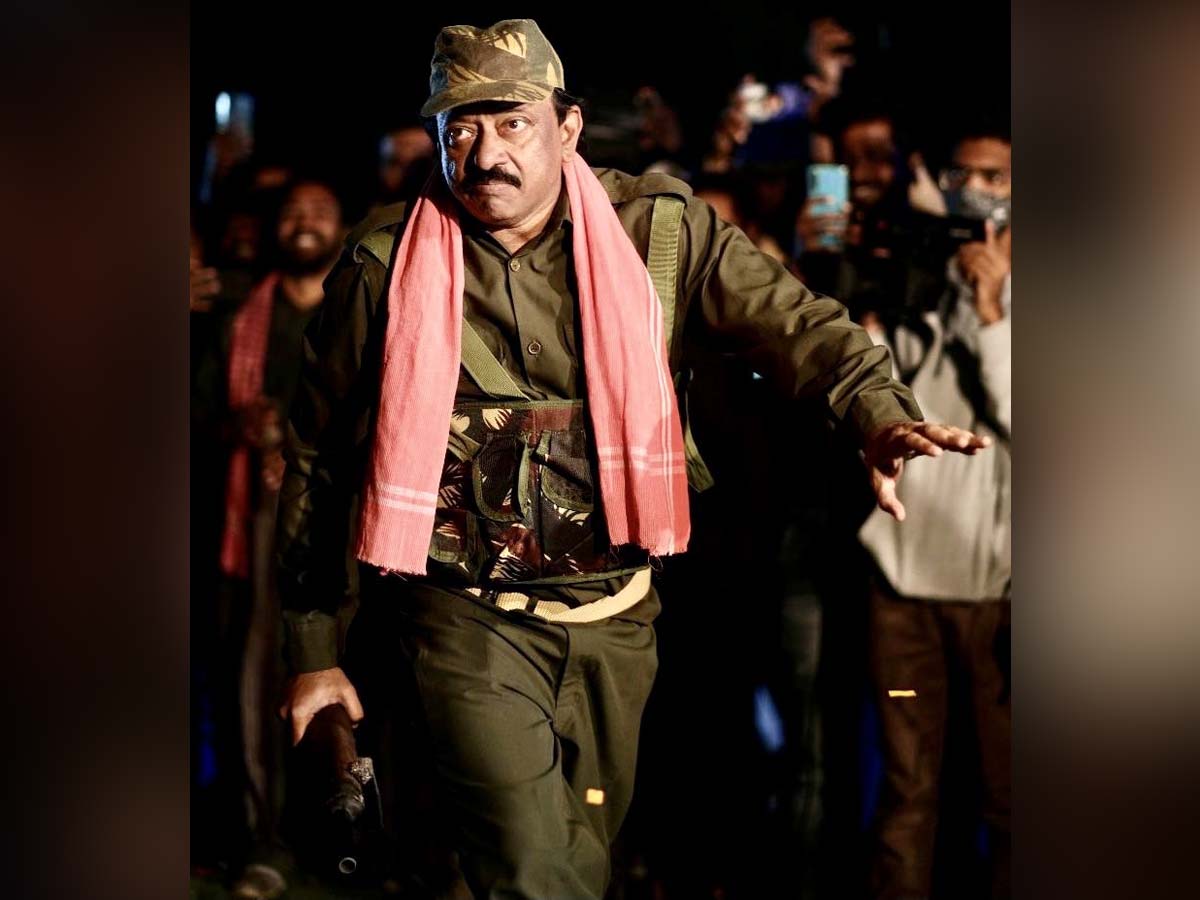 The film maker  Gopal Varma’s upcoming movie  Konda is based on the life of Konda Murali, husband of Congress leader and former minister Konda Surekha from Warangal.  The movie is produced by Malla Reddy and Naveen Reddy under Company Production and YoYo Talkies banner, whereas the film has cinematography by Malharbhatt Joshi.

Adith Arun and Irra Mor are playing the lead roles.  The shoot of Konda has been wrapped up.  On this occasion, RGV was seen in the  get up of Veerappan wearing the Amrutham Serial Appaji belt and then cut the cake as if he was attacking someone. It looked like he wanted to make fun of himself and the belt slid down his pants too.

His posts are receiving hilarious responses from the netizens. One of the Twitter users said: Anna belt vudipoindi chusko. Another netizen said: You might have become a flop director but you are always an excellent entertainer .. looking at the surrounded people .. you provided them endless laughs

RGV, who usually harps on the  stories that revolve around mobsters, gang wars, and faction tales of  the Rayalaseema, has a story in mind ever since he got to hear more deeply about the Konda couple. The upcoming movie Konda will showcase the rebellion of the oppressed sections, the Naxalism, and the dominance of feudal landlords during the ’80s.