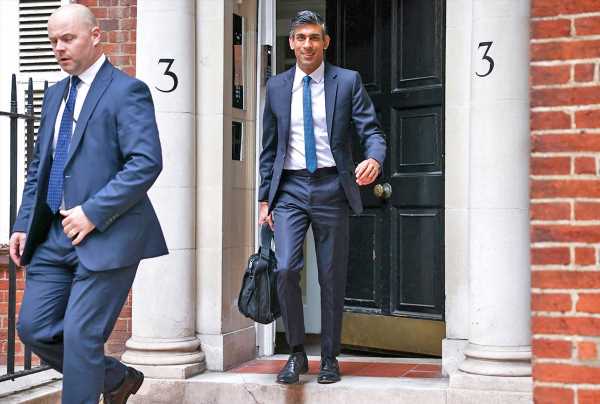 Rishi Sunak on Wednesday clinched his place for the final leg of the race to succeed Boris Johnson as leader of Britain’s Conservative party and prime minister, and will go head-to-head with Foreign Secretary Liz Truss.

Sunak won the fifth and final voting round of Tory MPs with a resounding 137 votes, while second-placed Truss won the support of 113 MPs. Trade Minister Penny Mordaunt was knocked out of the race after coming in third with 105 votes.

The 42-year-old Indian origin former chancellor of the exchequer, who has topped every voting round so far, added 19 votes to his Tuesday tally of 118 and comfortably crossed the 120 MPs mark seen as the threshold to confirm a place in the final showdown.

Boris meanwhile attended his final Prime Minister Questions — the weekly Wednesday ritual where the British prime minister jousts with his rivals in the House of Commons, the British parliament — on Wednesday, July 20, 2022.

By the time the House of Commons reconvenes after the summer holidays in September, Britain will have a new prime minister.

Despite their disillusionment with Boris, which led to his ejection from office, Conservative MPs gave him a standing ovation as he left the House.

Minutes earlier, the flamboyant Boris had concluded PMQs with advice for his successor: ‘Stay close to the Americans, stick up for the Ukrainians, stick up for freedom and democracy everywhere.

‘Cut taxes (a barb at Sunak) and de-regulation wherever you can and make this the greatest place to live and invest, which it is.

‘Focus on the road ahead, but always remember to check the rear-view mirror.

‘And remember above all it’s not Twitter that counts, it’s the people who sent us here.’

Meanwhile, Vladimir Putin — whose office had applauded Boris’s exit from office; Johnson has been a vociferous opponent of the Russian invasion of Ukraine — attended a Strong Ideas for a New Time convention at the Kremlin.

Putin, about whose health there has been considerable speculation, looked better than he has in months and none the worse for his two-day visit to Tehran, where he was snubbed (external link) by Turkiye President Recep Tayyip Erdogan. 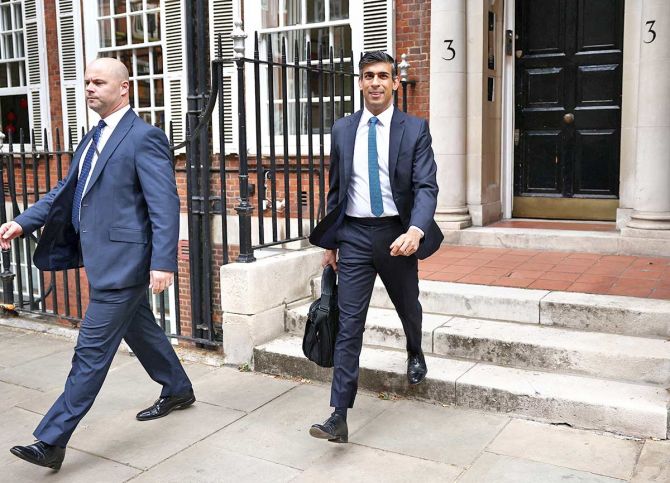 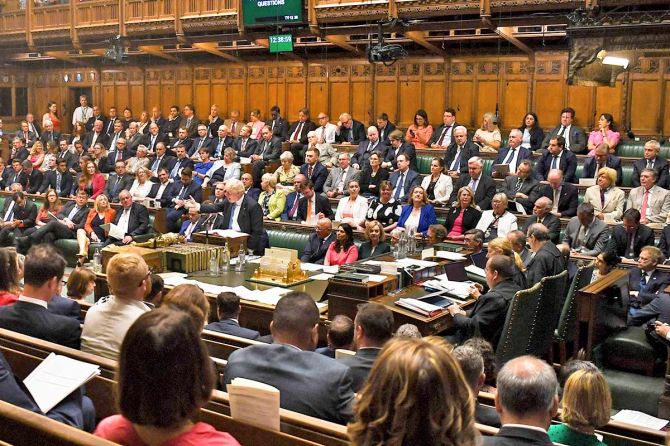 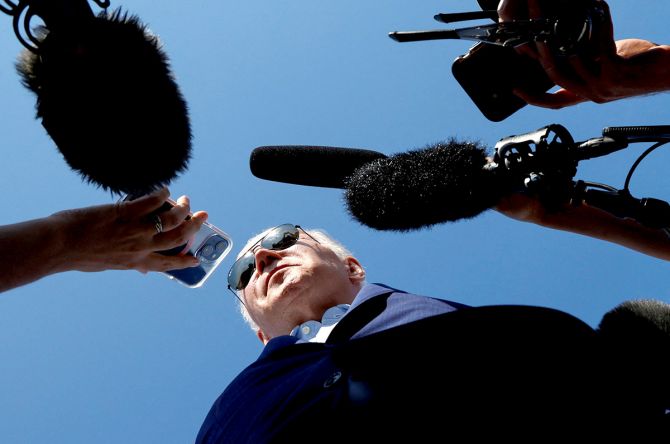