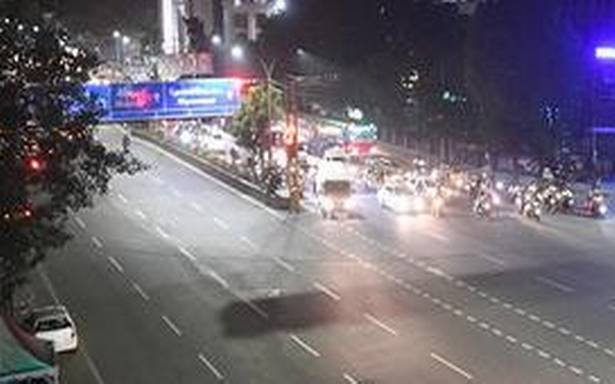 MTC stops night services, other buses not to ply beyond 9.30 p.m., Metro Rail services will end at 10 p.m.

As the night curfew and the Sunday lockdown come into effect, there are concerns about how passengers arriving in Chennai and those heading to other cities will find transportation to and from the transport hubs, like railway stations and airport. The night curfew imposed by the State Government came into effect from 10 p.m. on Thursday. There would be a complete lockdown on Sunday. Though the State government has said that those going to railway stations or airport can travel carrying their tickets, passengers are worried.

Officials of Airports Authority of India said some passengers had contacted them asking if they would be able to reach the airport at night. “We have informed them that they will not be stopped and will have to just show their tickets. Those dropping the passengers and leaving the airport too can just produce the ticket copy. Those arriving at the airport can take the prepaid taxi services. Since we have already witnessed such lockdowns, commuters need not worry,” an official said.

Jude Mathew, Tamil Nadu Independent Rental Vehicle Owners and Drivers Association, said last time many drivers faced issues while ferrying passengers. “When we go with passengers, they let us go. But while returning, the drivers faced problems. We request that police should let them go when they show the passengers’ ticket copy,” he said.

A senior official of the Southern Railway said discussions were still on about operating suburban train services during the Sunday lockdown and night services.

A senior official of the Metropolitan Transport Corporation (MTC) said except for essential staff of the government departments, no buses would be operated on Sunday. The MTC would also stop the 100 night services. Other buses would also not be operated after 9.30 p.m., the official added.

A senior official of the State Express Transport Corporation (SETC) said since the lockdown has been announced only for this Sunday, the decision on operating buses on January 16 would be taken later.