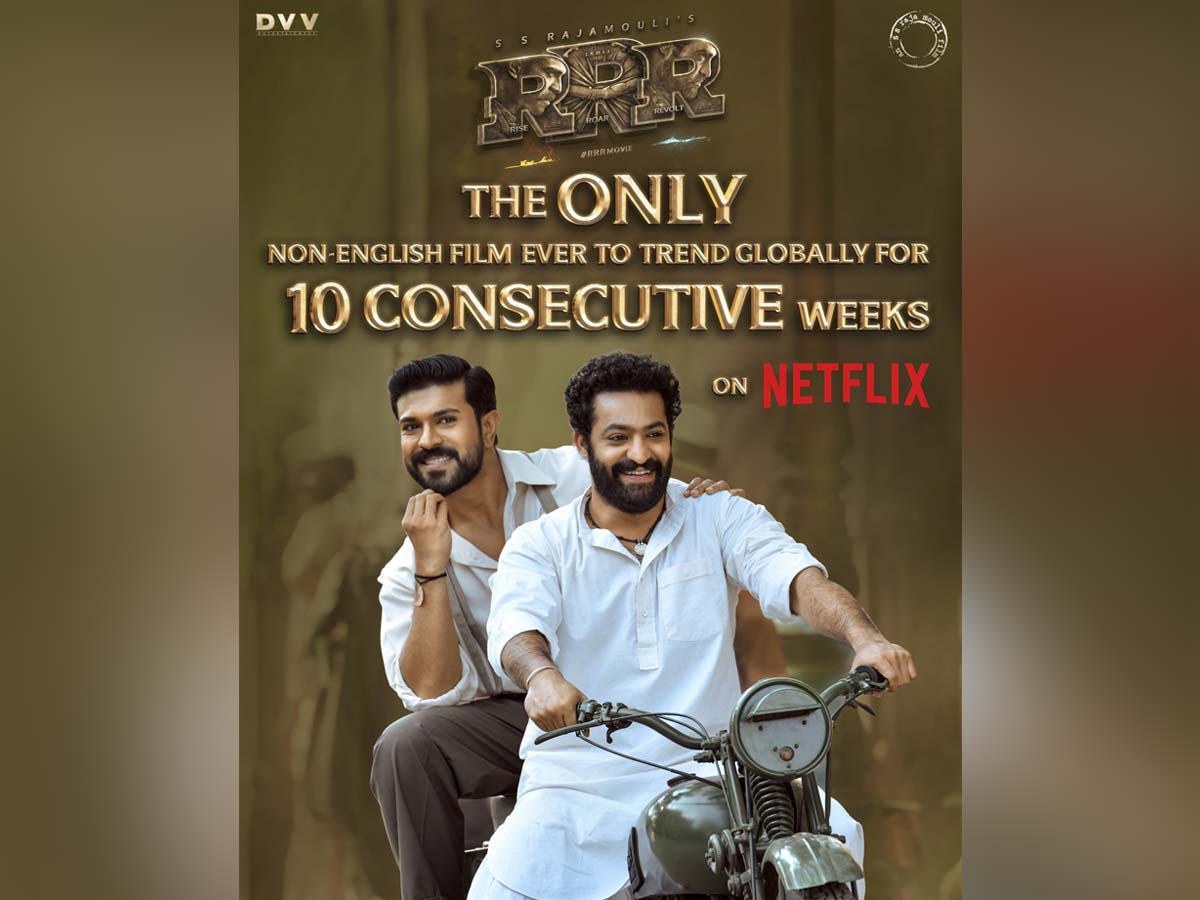 Unbeatable director SS Rajamouli’s magnum opus RRR continues its running amok across the globe. It has extended its OTT streaming recently and still it is not getting wishy-washy for the audience and they are getting the kick out of the spectacular show.

Currently, the film is streaming on ZEE5 and Disney+Hotstar in Telugu, Tamil, Kannada and Malayalam languages, and it is available in Hindi language on Netflix. The movie is also going to be streamed in Japan on October 21st.

RRR is about two legendary revolutionaries and their journey away from home before they started fighting for their country in 1920s. It stars Jr NTR, Ram Charan, Alia Bhatt and Olivia Morris in the lead roles, whereas, Ajay Devgan, Sriya Saran, Rahul Ramakrishna and others in the significant roles.