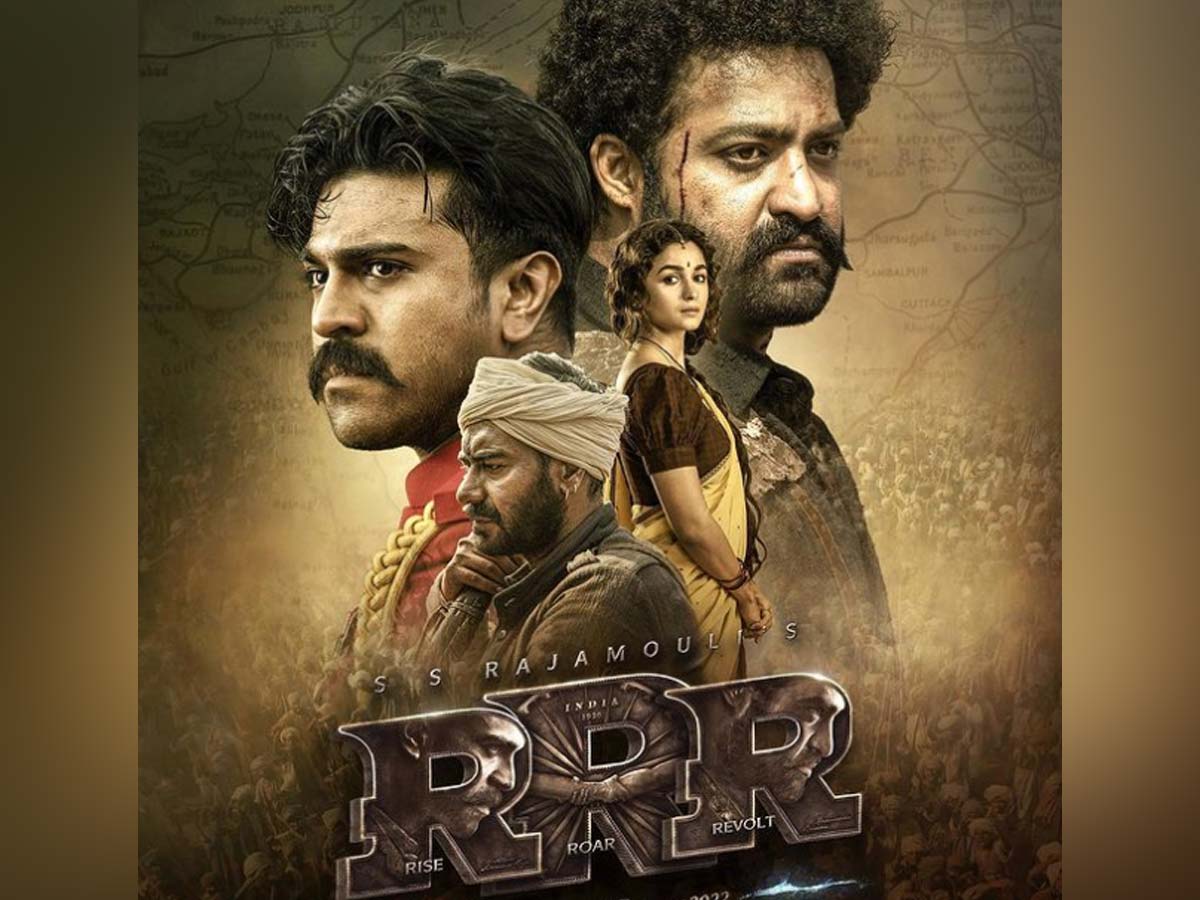 RRR movie review: SS Rajamouli’ magnum opus RRR has finally arrived at the theaters on Friday. Bankrolled by DVV Danayya, it has Ram Charan and Jr NTR in the lead roles. Let’s see the story of RRR.

Story: A young tribal girl  named Malli from the Adilabad area of India in the 1920s, kidnapped by British men. Komaram  Bheem (Jr NTR) tries to bring her back  but on the otherside, Alluri Sitarama Raju  (Ram Charan), a policeman who works for the British Government decides to catch Komaram Bheem. Later, Rama Raju and Bheem become friends and fight together against British for saving the tribes.  How their friendship gets constructed and  what happens next, form rest of the story of RRR.

Performance:  Ram Charan and Jr NTR are  brilliant as he portrays vulnerability and toughness with amazing ease. Once again, both the actors steal the hearts of their fans and the viewers with their performance. Jr NTR’ body languages, the way of showing expression, mannerism in action sequences in the role of Bheem are highlighted.  Ram Charan looks ruthless and tough as a policeman in the first half.  Both the actors- Jr NTR and Ram Charan give electrifying performances in their respective roles of Komaram Bheem and Alluri Sitarama Raju. Alia Bhatt looks very beautiful as well as ferocious. Ajay Devgan and Alia Bhatt  are perfectly cast. Ajay Devgn’ performance is a special package to the viewers.  He in the role of Rama Raju’s father is superb.  Olivia Morris, Shriya ,  Samuthirakani and others perform accordingly.

Technical: Vijayendra Prasad, the father of Rajamouli, has written a brilliant storyline for RRR.  The friendship between the characters Komaram Bheem and Alluri Sitarama Raju is elegant to watch on the screen. The visuals and the cinematography are outstanding. The cinematographer Senthil kumar  and the art director Sabu Cyril have done an excellent job in capturing and providing electrifying moments. Creating the Delhi of 1920s and presenting it elegantly is incredible. The Interval bang and climax action scenes are the plus points of RRR that expose the international standards of Rajamouli’s making with dynamic action episodes.  Rajamouli manages to get the emotions right.  All the songs are good. Janani song stuck  in the hearts of the audience.  The friendship song Dosti and the dance number Naatu Naatu are also good. MM Keeravani’ BGM is appealing and elevating scenes.

Analysis: Stunning visuals, background music, Cinematography work, performance of Ram Charan, Jr NTR, powerful climax  and  the interval bang are the major assets of the movie. The first half of RRR is fantastic, the second half is  bit routine with a good climax. RRR movie is Rajamouli mark money spinner at the Box-office.