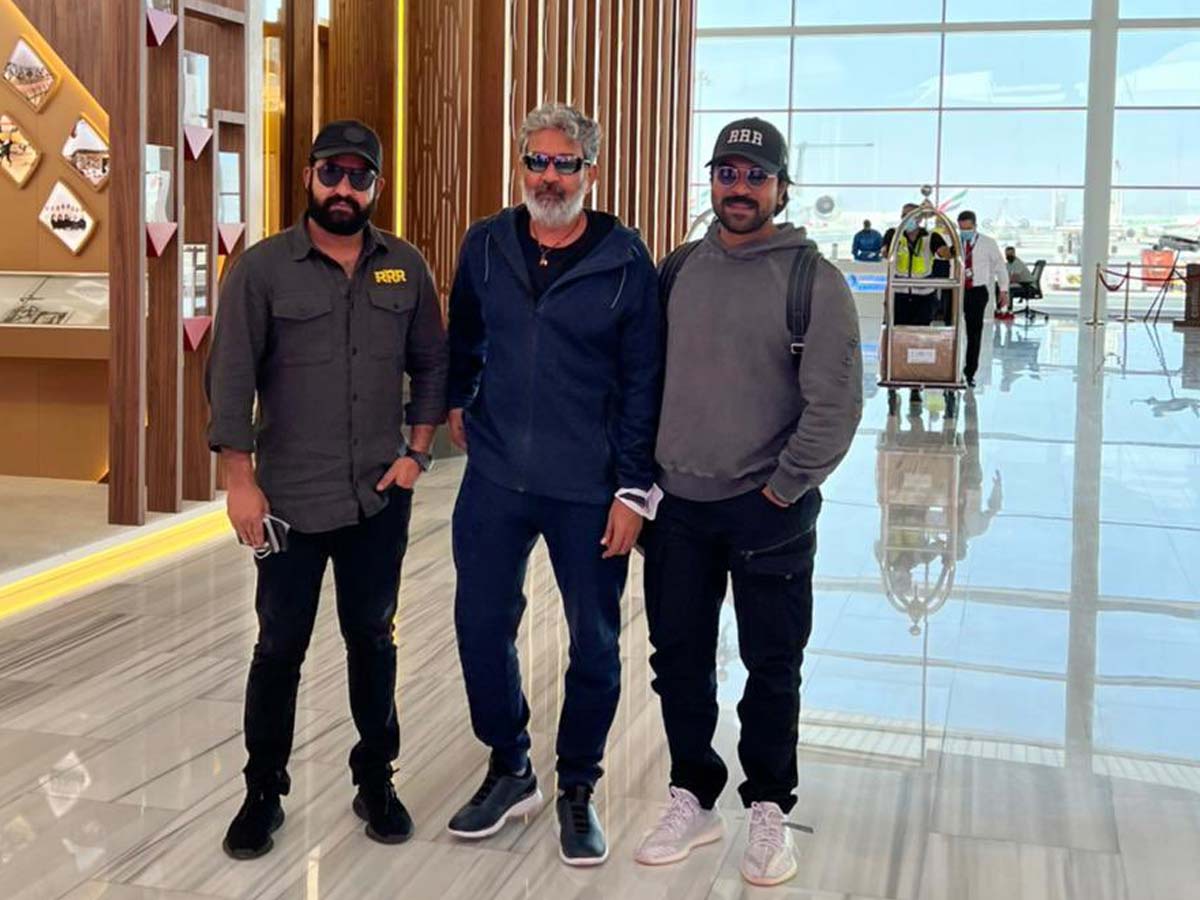 The makers of RRR  shared a new pic of SS Rajamouli, Jr NTR and Ram Charan and revealed that they have landed in Dubai.   Trio are twinning in the hues of black. Rajamouli wants to make sure that RRR should be released with a bang and has made special plans for this Dubai event. RRR event will start at 4:30 pm.

SS Rajamouli is currently waiting for the release of his magnum opus film RRR, which features Ram Charan and Jr NTR in lead roles. As the film is slated for release on 25th March, the promotions are currently going on a brisk phase.  Rajamouli, Jr NTR, Ram Charan have reached Dubai to attend the event.

Produced by  DVV Danayya under the banner of DVV Entertainment, the movie has  Olivia Morris, Ajay Devgn, Alia Bhatt, Shriya Saran, Olivia Morris and others in pivotal roles. MM Keeravaani has scored the tunes for this multilingual movie.  RRR marks the first collaboration between Jr NTR and Ram Charan.

RRR is a fictional story set in the 1920s pre-independence era and it is based on the lives of two real heroes and well-known revolutionaries – Alluri Sitarama Raju and Komaram Bheem.