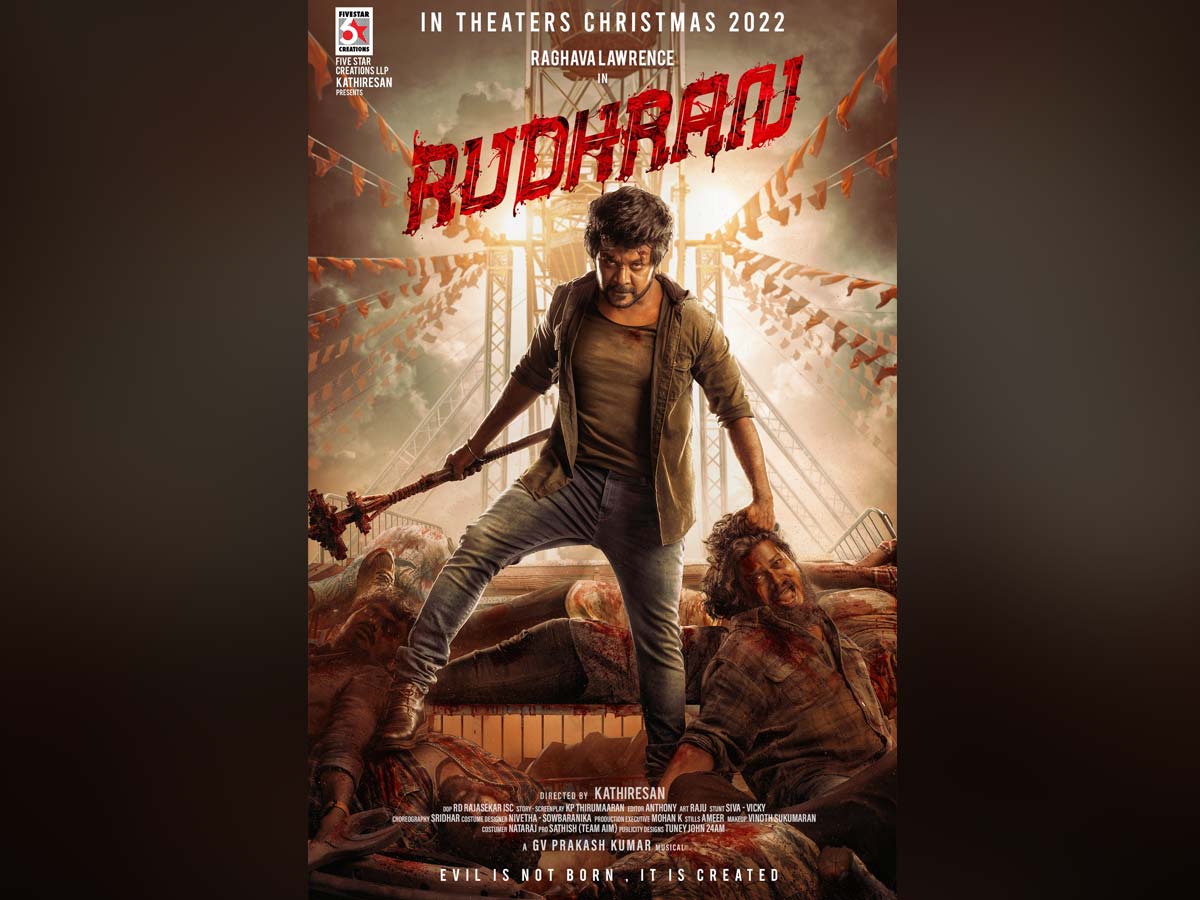 Raghava Lawrence, who was last seen in horror drama ‘Kanchana 3’ is currently working for his upcoming film ‘Rudhran‘. Popular producer Kathiresan is making his debut as a director with  this drama and it has music by GV Prakash Kumar.  The film is produced by the Five Star Creations Banner. Priya Bhavani Shankar is  playing the female lead. The shoot of Rudhran is progressing at a brisk pace. Today evening the  makers of Rudhran took to twitter to unveil the first look poster of Raghava Lawrence.

Coming on the first look poster of Rudhran, Raghava Lawrence looks rugged and he is seen holding an iron rod in one hand and hair of the goon in other hand. The film  Rudhran comes up with the tagline- Evil is not born, it is created.

Apart from the lead actors, Rudhran also has  Nassar, and Poornima Bhagyaraj in the supporting roles. Actor-politician Sarath Kumar will also share the screen space with Raghava Lawrence, marking his reunion after the movie Muni 2: Kanchana.

On the otherside, it was recently announced that Raghava Lawrence will also be part of the sequel of blockbuster Tamil film Chandramukhi,  which will be helmed by PC Vasu and funded by  Lyca Productions.