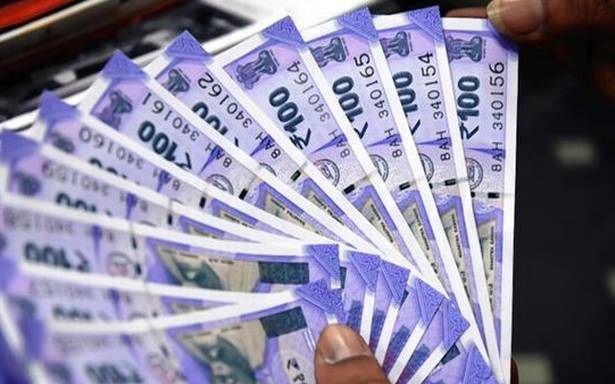 The rupee on Wednesday declined by 5 paise to close at 74.24 (provisional) against the U.S. currency due to a stronger dollar in the overseas markets.

At the interbank foreign exchange market, the domestic currency opened flat at 74.20 and later dropped to a low of 74.30 in the day trade.

On Tuesday, the rupee had settled at 74.19 against the U.S. dollar.

Meanwhile, the dollar index, which gauges the greenback’s strength against a basket of six currencies, was trading 0.04 % higher at 92.93.

Meanwhile, foreign institutional investors were net sellers in the capital market on Tuesday as they offloaded shares worth ₹1,644.91 crore, as per exchange data.

"Rupee market closed tad lower amid a slight pick up in dollar index with a move higher in US Treasuries ahead of Jackson Hole, later this week," said Dilip Parmar, Research Analyst, HDFC Securities.

"Forex market is in overly thin market with low volume and volatility, which may remain till Monday. Spot USD INR is expected to stay in range of 74.10 to 74.50," Mr. Parmar added.