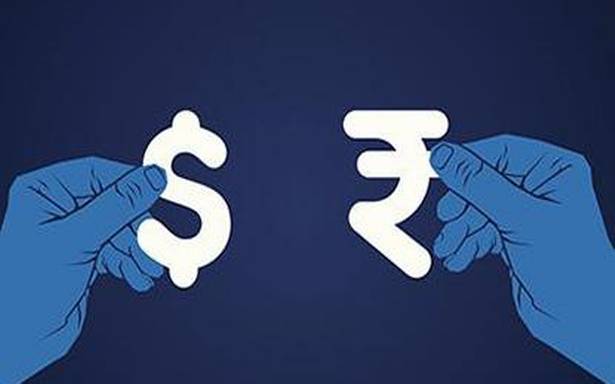 The dollar index, which gauges the greenback’s strength against a basket of six currencies, increased by 0.10% to 96.11

The rupee declined by 13 paise to 75.16 against the U.S. dollar in opening trade on December 27, as muted domestic equities and persistent foreign fund outflows weighed on the local unit.

Forex traders said growing concerns over the Omicron variant of coronavirus and its impact on economic recovery as well as firm crude oil prices weighed on the local unit.

At the interbank foreign exchange, the rupee opened weak at 75.15, then slipped further to 75.16 against the U.S. dollar in early deals, registering a decline of 13 paise from the last close. The local unit also touched an early high of 75.02 against the greenback in initial deals.

Forex traders said trading is likely to remain range-bound this week ahead of the year-end holidays.

The dollar index, which gauges the greenback’s strength against a basket of six currencies, increased by 0.10% to 96.11.

Foreign institutional investors remained net sellers in the capital market on December 24, as they offloaded shares worth ₹715.00 crore, as per exchange data.

According to the Union Health Ministry data updated on Monday, India saw the highest single day rise of Omicron infections with 156 fresh cases, taking the total tally of such cases to 578.

Meanwhile, night curfew will be imposed in Delhi from 11 p.m. on December 27, restricting movement of individuals except those in exempted categories, due to rising COVID-19 cases and the threat posed by Omicron, a Delhi Disaster Management Authority (DDMA) order said.