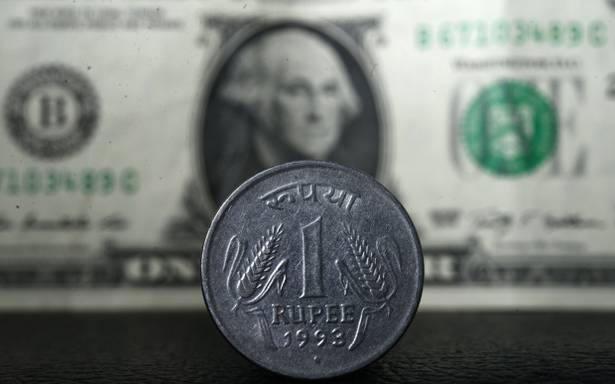 The rupee recovered most of its initial losses and settled 4 paise down at 74.43 (provisional) against the U.S. dollar on November 23, tracking a positive trend in domestic equities and easing crude oil prices.

At the interbank Forex market, the local unit opened at 74.48 against the greenback and witnessed an intra-day high of 74.38 and a low of 74.57.

It finally ended at 74.43 against the American currency, registering a fall of just 4 paise over its previous close of 74.39.

Parmar further added that spot USD/INR is expected to consolidate in a narrow range of 74 to 74.70 amid mixed global and domestic signals.

“There were foreign fund outflows from the secondary market, dollar index heading higher, and at the same time, we could see the central bank selling dollars for month-end dollar demands,” he said.

The dollar index, which gauges the greenback’s strength against a basket of six currencies, declined 0.14 to 96.41.

Foreign institutional investors were net sellers in the capital market, as they offloaded shares worth ₹3,438.76 crore on November 22, according to exchange data.