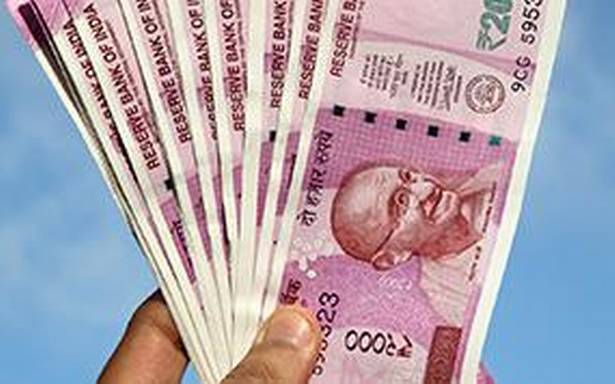 The rupee tumbled by 37 paise close at a 15-month low of 75.36 against the U.S. dollar on Monday as rising crude oil prices and a stronger American currency in the overseas market weighed on investor sentiment.

The Indian currency for the first time this year settled below the 75 level. The unit had closed at 74.99 on Friday.

At the interbank foreign exchange market, the local currency opened lower at 75.11 and witnessed an intra-day high of 75.06 and a low of 75.39 against the U.S. dollar in day trade.

The local unit finally settled down by 37 paise at 75.36 a dollar, a level not seen since July 14, 2020, even as the domestic equity market touched record levels.

The dollar index, which gauges the greenback’s strength against a basket of six currencies, was trading 0.23% higher at 94.28.

Mr. Parmar further said that even after a better risk-on sentiments market with domestic benchmark index at all-time high, rupee is driven by the rising dollar and crude oil prices. The absence of central bank intervention is also weighing on the rupee.

Foreign institutional investors were net sellers in the capital market on Friday as they offloaded shares worth ₹64.01 crore, as per exchange data.