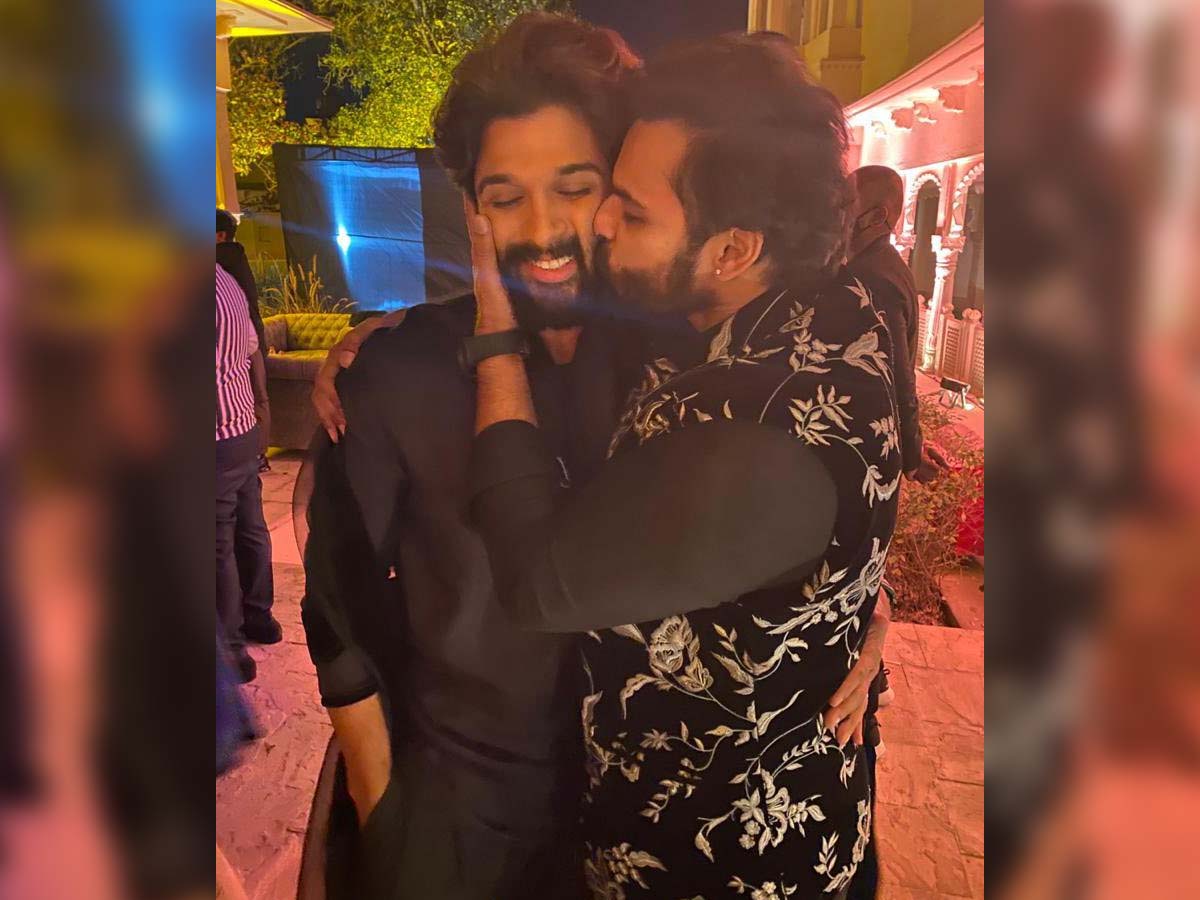 Pushpa: The Rise starring Stylish Star  Allu Arjun and Rashmika Mandanna  has hit the theaters today on 17th December  2021  Worldwide in a  very grand  manner.  Sai Dharam Tej took to his Twitter  to send the wishes  by sharing a pic. Coming on the pic,  Sai Dharam Tej is seen kissing on the cheeks of Allu Arjun.

Supreme hero wrote: Evident from the content that Team Pushpa has put in their blood & sweat. Wishing that your Hardwork pays off immensely Bunny  Allu Arjun, Hatsoff  Sukumarsir &  Devi Sri Prasad, Rashmika Mandanna dedication to deliver only the best.”

Few days ago, during the media interaction, Allu Arjun spoke about Rashmika Mandanna  and said her role was very challenging. It’s not a very conventional glamorous role. It is quite challenging and he  was fearing if would she feel that she is not looking good because that is a very huge factor that plays on the mind. But, after she landed on the set, she started working, he thought she had the mindset that this film is this and they have to justify this film.

On the otherside, Sai Dharam  Tej was last seen playing the lead role in Republic which had Aishwarya Rajesh as the leading lady.

Sai Dharam Tej: 7 years ago, my passion to be an actor above everything became a reality