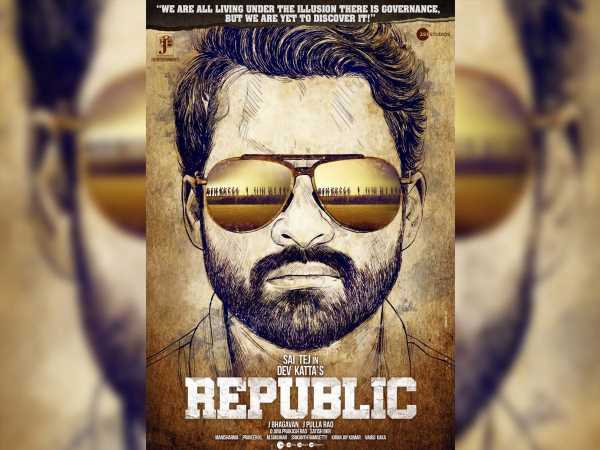 Republic marks the first collaboration of Sai Dharam Tej and director Deva Katta, which is gearing up for  the release soon.     Dharam Teja and Deva Katta are working together for a political thriller.   Aishwarya Rajesh is playing the female lead role. Sai Dharam Tej as a character named Abhi, who is an IAS officer.

Yesterday the makers of Republic launched the first single from the film. It is a theme song  that sets the mood and it  is a perfect blend of concept and energy.  On this occasion, Sai Dharam Tej said that it has been so many days since he watched a song on a big screen. Mega hero Sai Dharam Tej also confirmed that the movie will be released only in cinema halls.

Supreme hero Sai Dharam Tej said, “It’s a different high to watch any film song on the big screen. The happiness in watching  the performance  of any actor on a big screen is unmatchable. Republic will release only in cinemas first.”

Jagapathi Babu and Ramya Krishna are playing  the important roles  in this political thriller, which is bankrolled by J Pulla Rao and J Bhagavan under JB Entertainments in association with the Zee Studios. Very soon the announcement regarding its release date will be made.