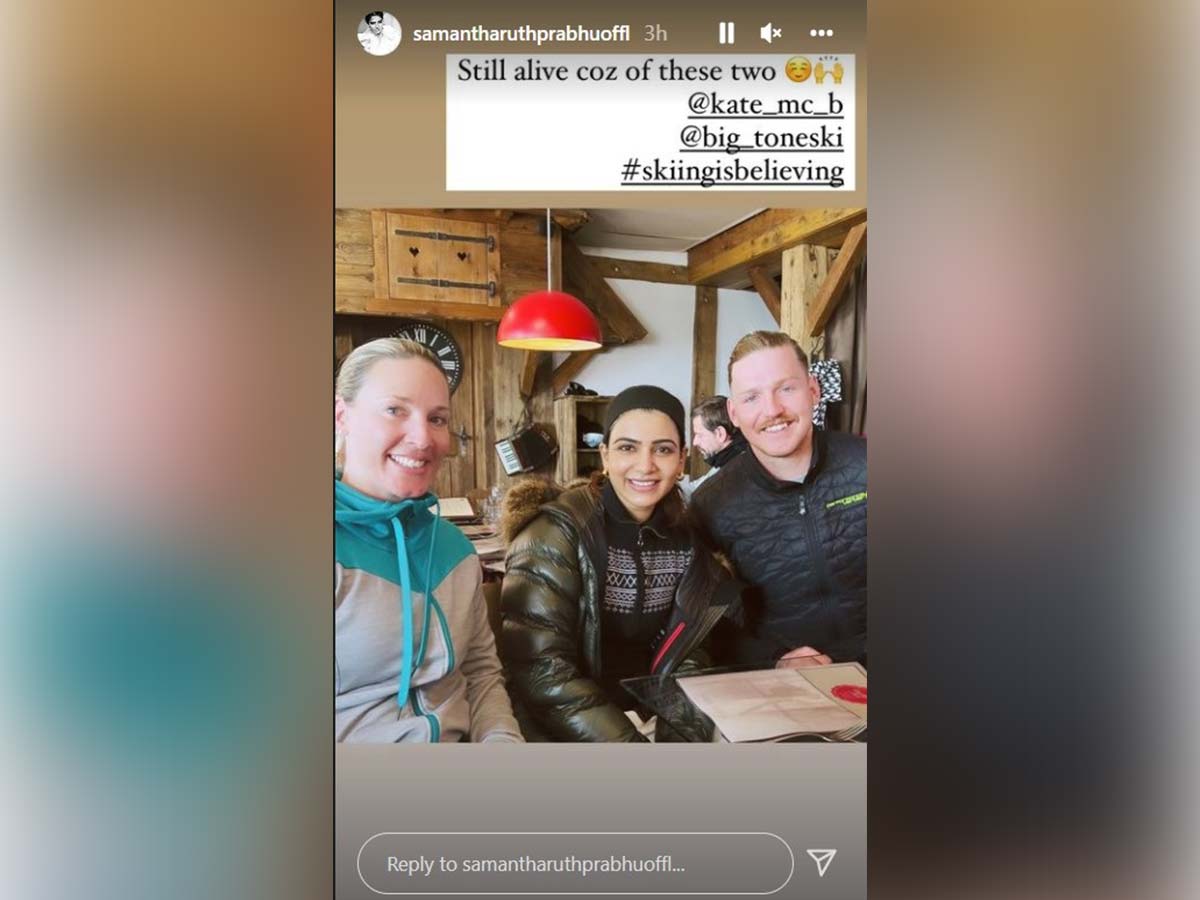 Samantha Ruth Prabhu is currently in Switzerland.  Yesterday she took to her insta to share a photo of herself from her vacation in Switzerland. Taking to Instagram Stories, Samantha Ruth Prabhu posed with her friends as she smiled for the camera.  In the photograph, she was seen wearing a black puffer jacket over a black and white sweater and added a headband. South actress posed in a restaurant along with her skii instructors.

Samantha Ruth Prabhu since her divorce from her ex-husband Naga Chaitanya, has been traveling to many places with her friends. Earlier, the actress had traveled to Goa, Dubai and Rishikesh.