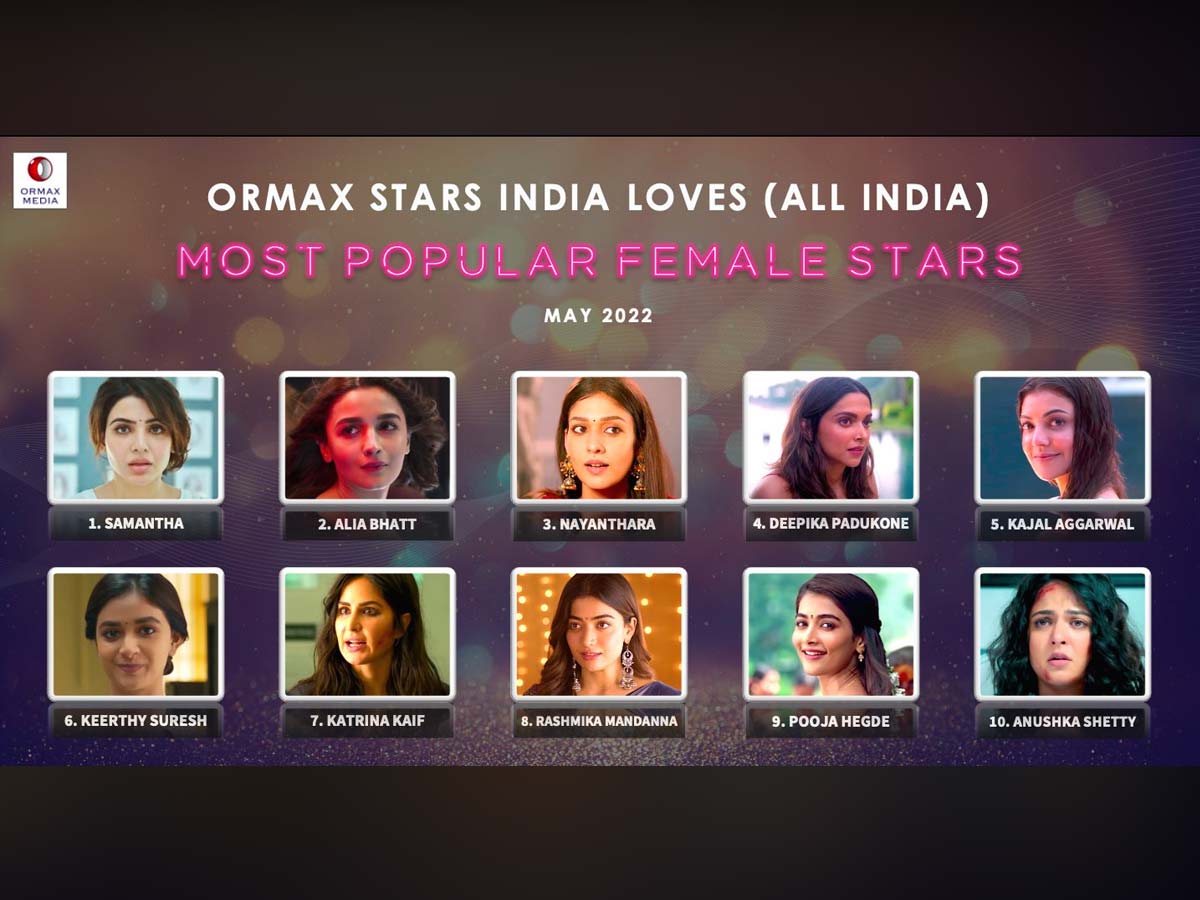 South diva Samantha Ruth Prabhu is a popular name in the Indian film Industry.  She has proved her talent by the kind of performances she has delivered throughout her career in the film industry.  Now there is a good news for the fans of Samantha Ruth Parbhu as she has managed to be crowned the most popular female star of India.

The other stars from South industry include Nayantara at 3rd place, Kajal Aggarwal at 5th place, Keerthy Suresh at 6th Rashmika Mandanna, Pooja Hegde, and Baahubali  fame Anushka Shetty at eight, nine, and ten positions respectively. As per a recent research report conducted in India,  Majili and Oh Baby fame Samantha Ruth Prabhu has topped this list which includes other big names of the film world as well from across India.

In Bollywood, Samantha is best known for playing the role of Razi in The Family Man 2 co starring Manoj Bajpayee. She is also working for Raj and DK directorial ‘Citadel’ which has Varun Dhawan in the lead role

Last year she was seen in a sensuous number Oo Antava in Pushpa: The Rise.  Currently she is waiting the release of her mythological film Shaakuntalam in which she is playing the titular role under the direction of Gunasekhar. She will also be seen in Yashoda  and Kushi.