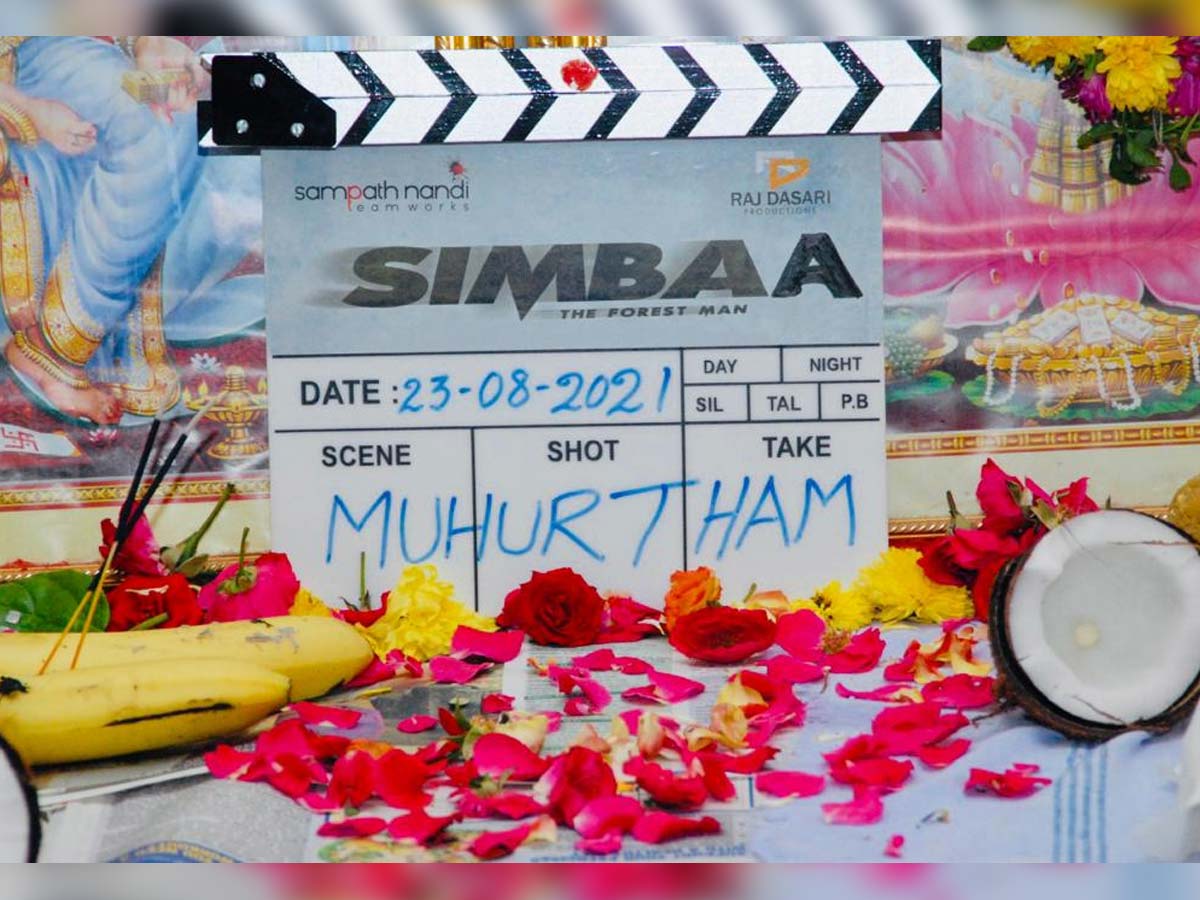 Sampath Nandi is a popular director, screenwriter and producer who works primarily in Telugu cinema. He made his directorial debut with Yemaindi Ee Vela, starring Varun Sandesh and Nisha Aggarwal. It was a remarkable debut with a run of 50days in 32 centers. His second film was Racha, starring Mega Power Star Ram Charan and  milky siren Tamannaah Bhatia which was an average grosser.

Later he came up with Bengal Tiger and Gotham Nanda. Now according to the latest report, Sampath Nandi and his team are working for Simbaa The Forest Man, which is touted to be a gripping tale set in a jungle background. It’s a biological memory based science fiction thrilling subject which is  written by Sampath Nandi.

The makers made an official announcement regarding Simbaa The Forest Man by releasing a video   that shows a group of men cutting trees and smuggling them. The protagonist, who appears to be a macho man living in the forest, gives them a befitting reply.

Simbaa The Forest Man is helmed by Murali Manohar Reddy and is jointly bankrolled by Sampath Nandi and Rajender Reddy D. Krishna Saurabh is on the board to render the tune and Krishna Prasad is the cinematographer.  Very soon the announcement  regarding the remaining cast and crew will be made.