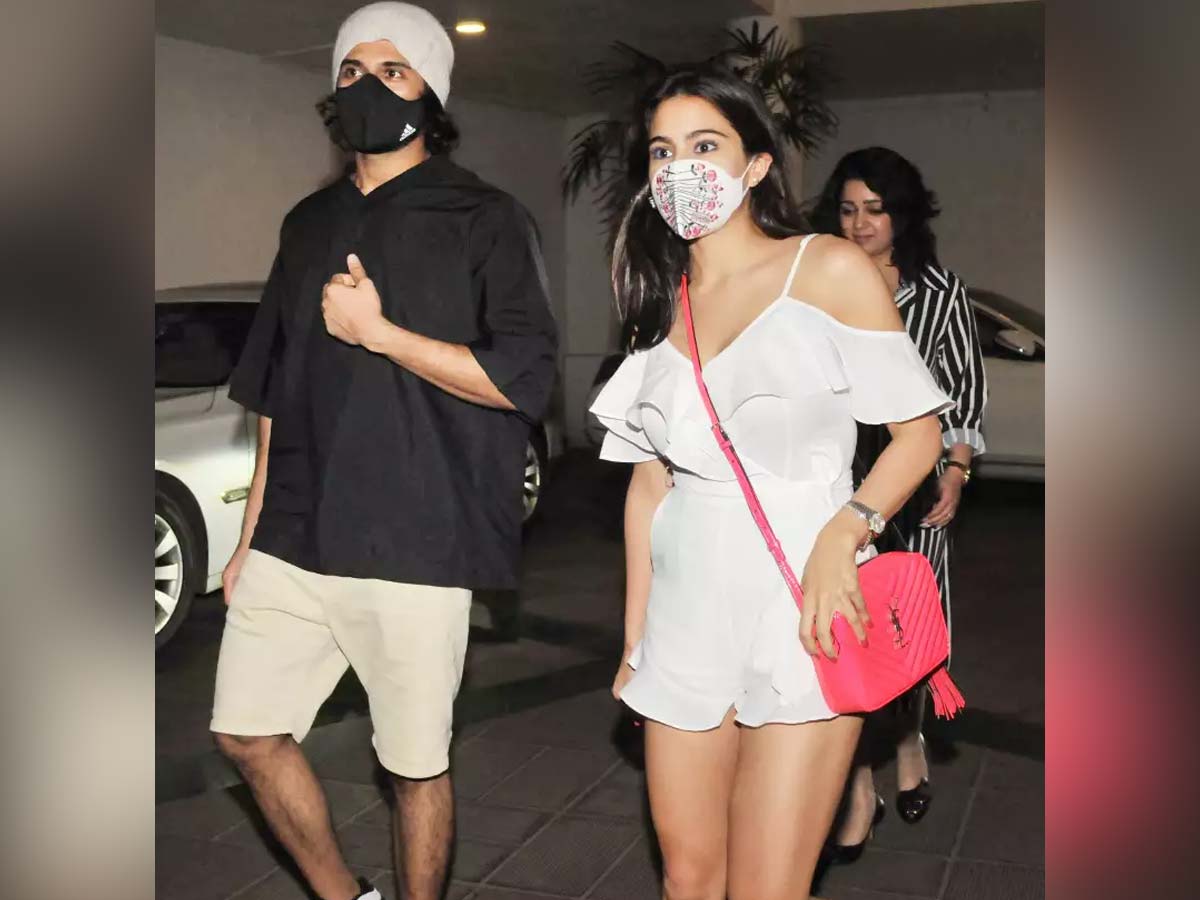 Bollywood actress Sara Ali Khan, the daughter of Saif Ali Khan, has revealed that she wants to feature in the remake of Kuch Kuch Hota Hai alongside  the young actor Vijay Deverakonda and Janhvi Kapoor.  Recently during an interview,  Sara  Ali Khan said that ‘it would be great’ if Karan Johar made a film featuring the three actors.

When Sara Ali Khan  was asked to name a film from the past that she would love to do with Vijay Deverakonda and Janhvi Kapoor, to which Kedarnath actress replied, “I think if Karan Johar re made  Hindi film Kuch Kuch Hota Hai with us. It would be great. I think you should call him right now. And I am  almost like 98.3%  sure that they will agree to it.”

Earlier on several occasions,  Sara Ali Khan had said, that  she would love to work with World Famous Lover fame  star and had called him ‘cool’ as well as ‘really h*t.’

On the work front, Sara Alia Khan was last seen playing the female lead in romantic movie Atrangi  Re in which she shared the screen space with Akshay Kumar and Dhanush. Currently she is shooting for Vicky Kaushal co-starrer, which is being directed by Laxman Utekar.