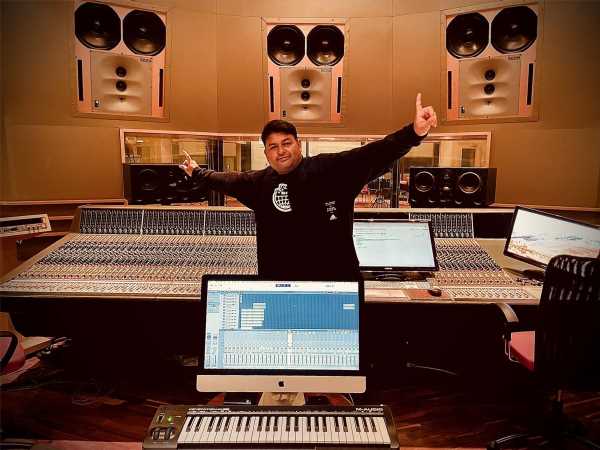 Telugu superstar Mahesh Babu is currently shooting for the action and romantic movie Sarkaru Vaari Paata alongside National award winning actress Keerthy Suresh in the lead role. Fans have been anticipating the movie Sarkaru Vaari Paata ever since it was announced. The music composer of the movie, S Thaman gave an update about the movie today evening. Today,  Thaman revealed a pic from his recording studio where he is working on the music of Sarakru Vaari Paata and captioned it: drumming, humming, and kumming.

Few days ago, Thaman shared a photograph with Mahesh Babu as he announced that they had completed the music composition for Sarkaru Vaari Paata. Maharshi star was seen wearing a graphic t-shirt with denim and wore a pair of sunglasses.

The  movie is scheduled to be released on 13th  January 2022 coinciding with Sankranthi. After wrapping up the shoot of Sarkaru Vaari Paata, Mahesh Babu will next be seen in Trivikram Srinivas’ untitled project alongside dusky beauty Pooja Hegde. The upcoming film marks their third collaboration after Athadu (2005) and Khaleja (2010).