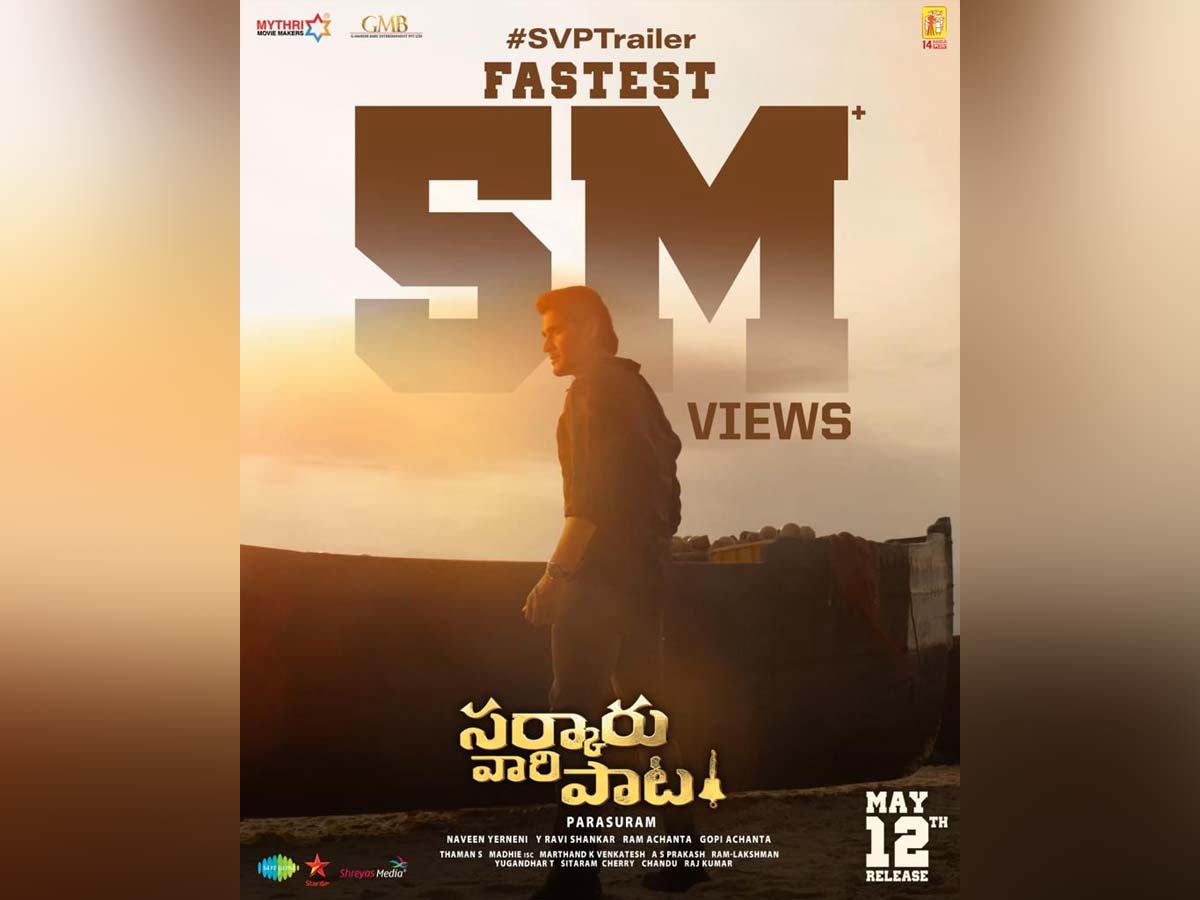 The makers of Sarkaru Vaari Paata have started the promotional activities and today they unveiled a trailer which is going viral.  Mahesh Babu is seen in the mass avatar and he  in a super active mode and mouthing mass dialogues like never before. The dialogues uttered by Mahesh Babu have caught  the attention and it has the bar high for the film. Now according to the latest update, Sarkaru Vaari Paata trailer has hit 5 Million+ views with 300K+ likes on youtube. Mahesh Babu’ mental mass swag has taken everyone by storm! With these views, Sarkaru Vaari Paata has become  the  fastest 5 million+ views  Telugu trailer. The makers confirmed the same by releasing new posters on Twitter.

Coming on the trailer, Mahesh is playing a character who is obsessed with money and the money seems to be at the centre of the main conflict in the movie. It looks like the movie Sarkaru Vaari Paata  is a complete show of  mass, action, romance, and comedy.

Sarkaru Vaari Paata is bankrolled by  Mythri Movie Makers and 14 Reels Plus whereas the music is scored by Thaman.