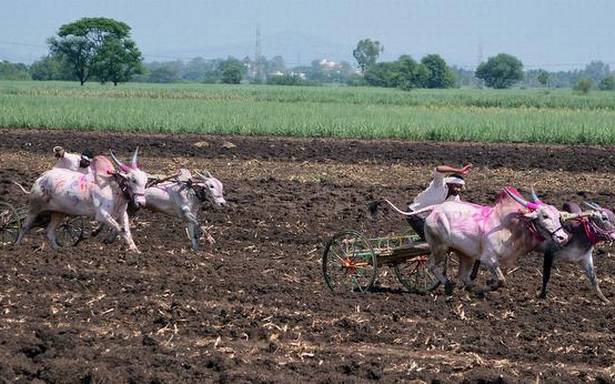 The ruling Maha Vikas Aghadi (MVA) leadership hailed the Supreme Court’s decision on Thursday allowing Maharashtra to conduct bullock cart races after a gap of nearly four years, with Deputy Chief Minister Ajit Pawar remarking that the decision to lift the ban was an important one for rural Maharashtra.

The apex court was hearing an application filed by the Maharashtra government which sought that the ban on bullock cart races in the State (ongoing since 2017) should be lifted as jallikattu and bullock sports were currently on in States like Tamil Nadu and Karnataka.

“The SC’s decision to lift ban on bullock cart races is one of great interest to farmers and livestock breeders. These farmers and bullock cart race organizers have won a victory, the road to which has been long and hard. Our government fought this battle with determination and full strength. I congratulate all leaders and activists involved,” Mr. Pawar said, stating that the races, which were an integral part of Maharashtra’s traditional fabric, could now resume in the State.

He said bullock cart owners had long considered the ban unjust especially as racecourses and horse-racing had not been affected.

At the same time, the Deputy Chief Minister appealed to all farmers to strictly abide by all the conditions and rules.

State Home Minister Dilip Walse-Patil also welcomed the decision, saying, “This is a matter of joy for all bullock-cart race lovers. However, it is requested that all these races be conducted in strict compliance with the terms and conditions laid down by the State Government.

During the hearing, senior advocate Mukul Rohatgi, appearing for the Maharashtra government, told the SC bench that in 2017, the State had come with amendments to the conduct of bullock cart races.

The amended rules had, in turn, been challenged in the Bombay High Court (in 2018) which had stayed these amendments by which the State wanted to hold bullock cart races. Mr. Rohatgi submitted that similar amendments had been carried out in Tamil Nadu and Karnataka and that when the matter came to the apex court, no bar had been put on the conduct of bullock cart races in those two states and hence Maharashtra ought to be allowed to conduct bullock cart races in accordance with the 2017 rules.

The apex court observed that validity of the amended provisions of the Prevention of Cruelty to Animals Act, 1960 and the rules framed by Maharashtra, which provided for bullock cart races in the State, would operate during the pendency of the petitions as the entire matter had been referred to a constitution bench.

The three-judge bench headed by Justice A. M. Khanwilkar noted that no interim relief was granted earlier by the apex court on the petitions challenging the validity of similar State amendments in Tamil Nadu and Karnataka where such races were on.

“The same dispensation must apply to the amended provisions as applicable to the state of Maharashtra, which are similar to the amendments carried out in the other two states,” said the bench, also comprising of Justices Dinesh Maheshwari and C.T. Ravikumar.

The opposition BJP, too, welcomed the decision with leader of opposition and former Chief Minister Devendra Fadnavis remarking that the races were an important traditional sport in rural Maharashtra.