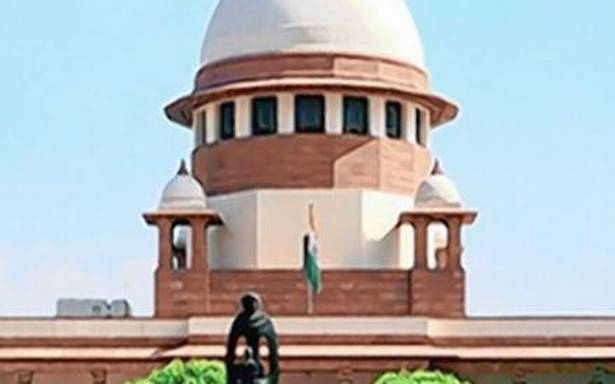 The Supreme Court in an order has said that “State force” should not be used to “browbeat a political opinion” and journalists should not be made to suffer the consequences of reporting on what is already in the public domain.

The court observed that the political class across the country should introspect on the “debasement” in dialogue which was taking place.

“State force should never be used to either browbeat a political opinion or journalists suffer the consequences of what is already in public domain,” a Bench led by Justice Sanjay Kishan Kaul stated in an order.

The court hastened to add that “this does not take away the responsibility of journalists in how they report matters, more so in a “Twitter age”.

The court order said it could not “let go off the opportunity of saying something which is troubling society and the court. It is undoubtedly the debasement in the dialogue which is taking place which needs introspection from the political class across the country”.

It noted, “In a country which prides itself on its diversity, there are bound to be different perceptions and opinions which would include political opinions. That is the very essence of a democracy”.

The order came after West Bengal informed the court that it had no objection to the quashing of FIRs registered on the basis of reports in ‘OpIndia’ portal.

‘OpIndia’ editor Nupur Sharma and other petitioners had moved the court, saying the FIRs amounted to an abuse of law and suppression of Press freedom.

Quashing the FIRs, the court said that what the petitioners had done was to “reproduce what the political class has stated against each other and which is already in public domain”. West Bengal’s stand to not proceed with the FIRs was “better late than never and should be a model for others to follow”.