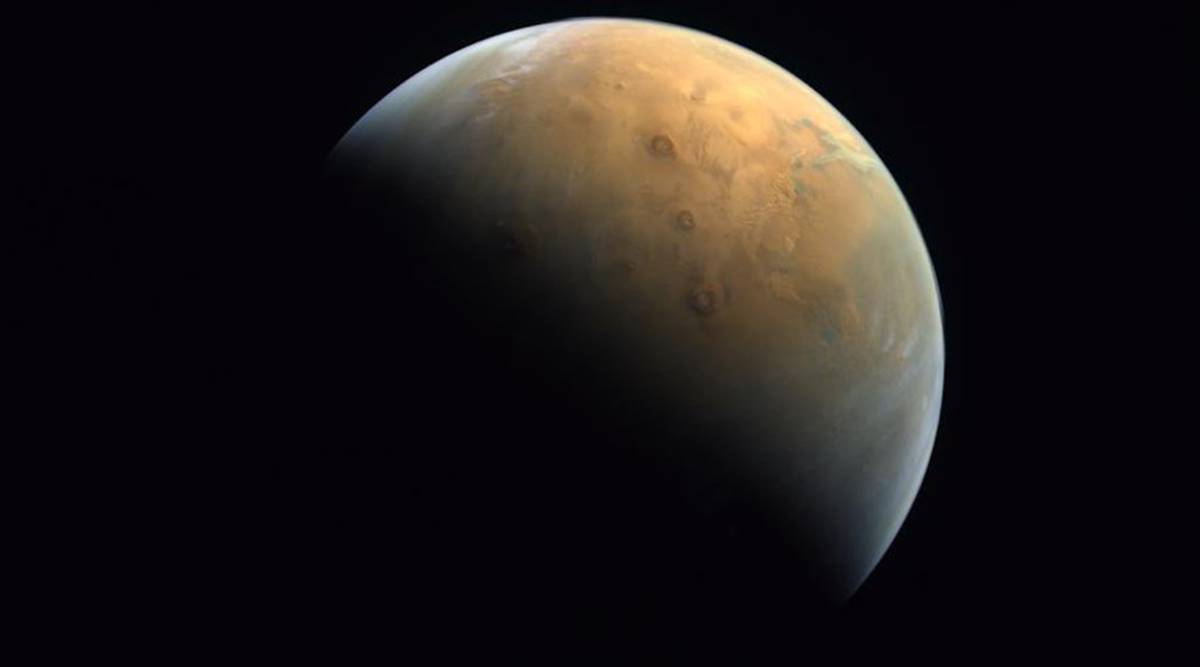 Mars, which is now 4.6 billion years old, is believed to have once hosted an intrinsic magnetosphere due to a dynamo in its interior. Scientists Arnab Basak and Dibyendu Nandi, from the Center of Excellence in Space Sciences India and Department of Physical Sciences, IISER Kolkata, have demonstrated the complex interplay of processes that resulted in the Sun’s strong plasma winds eroding away Mars’s atmosphere.

This work was announced in the ongoing 39th meeting of the Astronomical Society of India and appeared recently in the Monthly Notices of the Royal Astronomical Society, an official statement from the Centre of Excellence in Space Sciences India (CESSI), IISER, Kolkata said on Friday.

Mars, which is now 4.6 billion years old, is believed to have once hosted an intrinsic magnetosphere due to a dynamo in its interior. The present-day Mars is a barren land, only having a thin and dry atmosphere made mostly of carbon dioxide. Any evidence of surface life on Mars has not yet been found.

Many consider the young Mars to have been hospitable for life and believe that the loss of the protective magnetosphere resulted in its current inhospitable conditions. Any primordial life-forms that may have existed are likely gone. Some believe that the loss of the Martian magnetosphere had something to do with its loss of atmosphere, Prof Nandi said.

Basak and Nandi then showed that without an intrinsic magnetosphere, the solar wind magnetic field first drapes around and then slips past Mars, carrying bits of atmosphere away, eroding the Martian atmosphere eventually. The work of the IISER Kolkata scientists confirm the long held belief that planetary magnetospheres play a crucial role in the ability of planets to sustain their atmospheres and thus remain habitable like Earth.

Alternatively, like Mars, planets that lose their magnetic field eventually become inhospitable with loss of their atmosphere. Their simulations have profound implications for planetary habitability and the search for habitable exoplanets which many future initiatives like NASA’s James Webb Space Telescope, ISRO’s ExoWorlds mission, and ground based mega-projects like the Thirty Meter Telescope – which India is a partner of — plan to focus on. The work at CESSI was supported by the Ministry of Human Resource Development, the statement added.