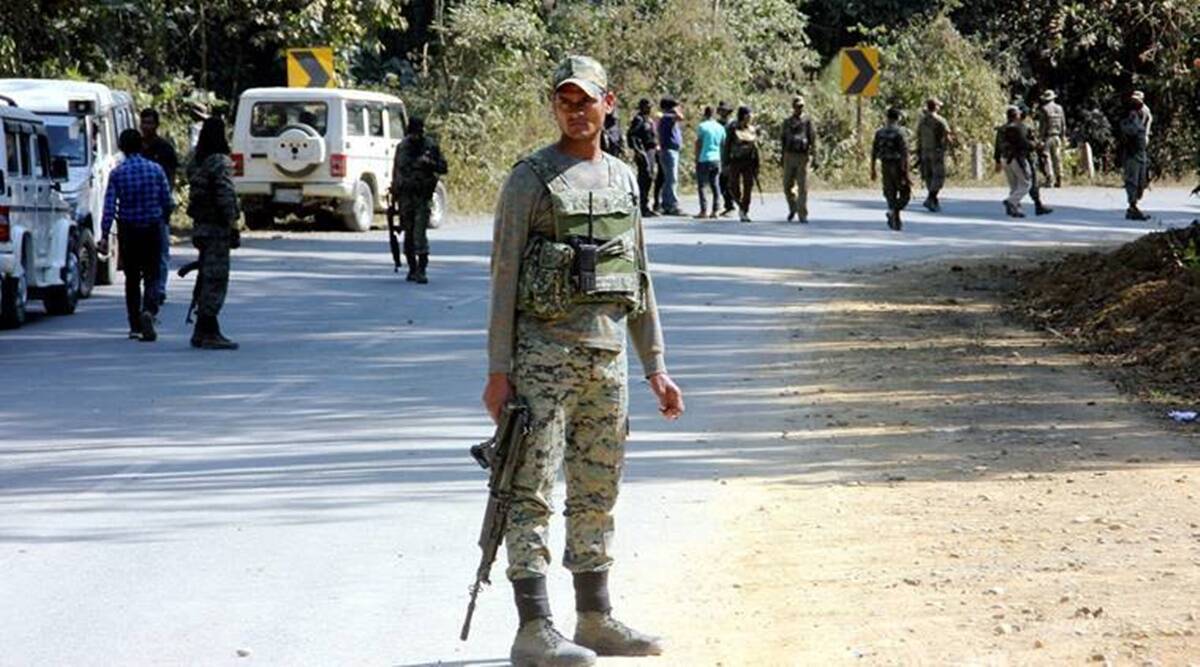 Letminthang Haokip and his group were allegedly involved in criminal activities like intimidation and extortion, among others, in and around Churachandpur town in the past one month, police said. A combined team of the 31st Assam Rifles troops and the Manipur police Friday reportedly shot dead a self-proclaimed commander-in-chief of the militant group Socialist Democratic Front of Kukiland (SDRF) in Churachandpur district.

Police said the militant leader, identified as Letminthang Haokip, was gunned down during a shootout with the security forces at Khominthang village around 2 am.

“A special operation was launched by a combined team of the 31st Assam Rifles and Churachandpur Police in the morning of September 10 to nab the militants. At approximately around 2 am, as the security team surrounded a specific house, the team was fired at from inside the house. The security teams also retaliated with maximum care so as to avoid collateral damage. As soon as the firing stopped, the security teams entered the house and found one person identified as Letminthang Haokip lying dead from bullet injury,” said a statement issued by the police.

Another person, identified as Lunkhosei Chongloi, was found with a bullet injury and was evacuated to the Churachandpur District Hospital from where he was referred to Imphal for further treatment, it stated.

The combined forces also recovered three pistols along with 282 rounds of 9mm ammunition from the encounter site.

Haokip and his group were allegedly involved in criminal activities like intimidation and extortion, among others, in and around Churachandpur town, especially in the Tuibong Bazar area in the past one month, the police said.

It is learnt that the SDRF is not a signatory of the Suspension of Operation (SoO) agreement signed between the two umbrella groups of Kuki militants and the government.

A case has been registered at the Churachandpur police station.