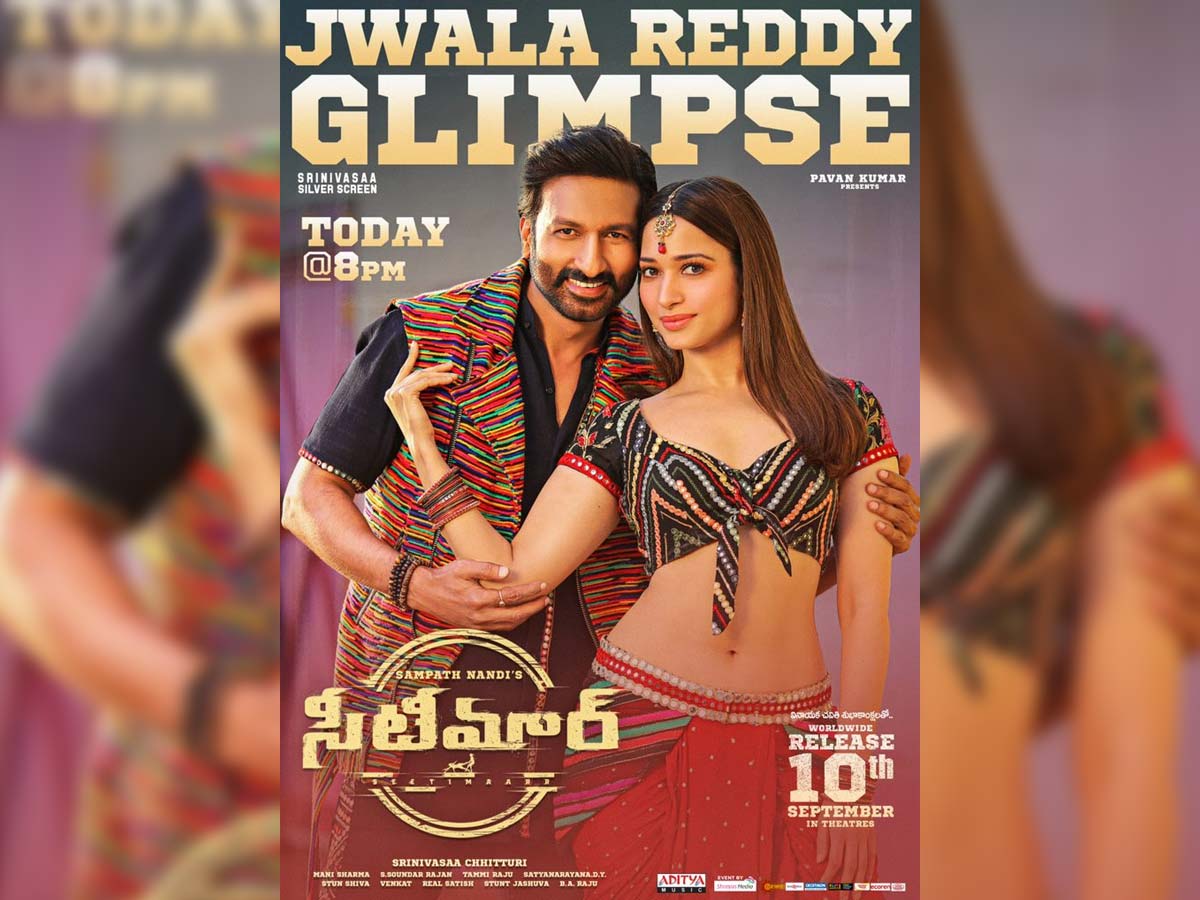 In the month of March this year, the young and energetic actor Ram Pothineni unveiled the lyrical video of ‘Jwala Reddy’ from Gopichand starrer upcoming sport based movie Seetimaarr and it promises to be a thrilling ride for the audience with massy dance moves and foot-tapping tune.  The song is composed by Mani Sharma, the folk number is crooned by Shankar Babu and Mangli with the lyrics penned by Kasarla Shyam.

The song was shot against a colorful backdrop with a large group of dancers and Shobi choreographed it along with his wife Lalitha. The film has milky beauty Tamannah Bhatia in the female lead role. Now according to the latest report, the makers of Seetimaarr are going to launch the mass song Jwala Reddy video glimpse today  at 8 pm.

Seetimaarr is a sport based movie in which Oxygen and Jil fame Gopichand is playing the coach of the Andhra Kabaddi team whereas the leading lady Tamannah Bhatia will be seen as Jwala Reddy, the tenacious coach of Telangana Kabaddi team.

The movie is helmed by Sampath Nandi,  and it also has Hippi fame Digangana Suryavanshi in the role of a village belle who is head over heels in love with the protagonist. Odisha bombshell Apsara Rani will be seen shaking a leg for the special song.