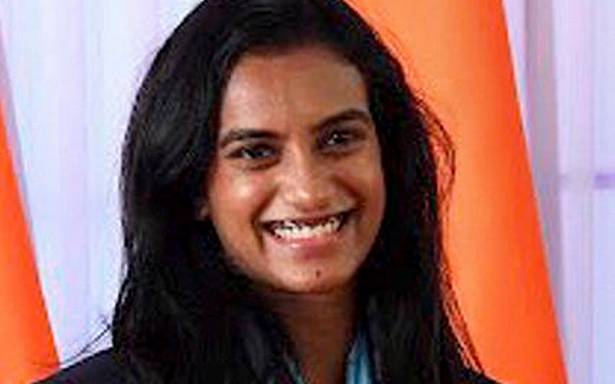 Olympic medal-winner and shuttle badminton world champion P.V. Sindhu has said that hard work, discipline and passion were important to succeed in any field, including sports.

She was speaking at the 58th convocation of IIT Madras held virtually on Saturday.

Congratulating the graduates for their hard work, Ms. Sindhu encouraged them to continue learning and explore newer horizons. “For the women who are graduating in particular, I would like to say that we need to believe in ourselves and that we can achieve anything if we focus whether it is in sports or education,” she said.

‘It is new India’

“In the last couple of years, my belief in India to do cutting-edge research has become even stronger. I am truly impressed with what is being done at IIT-Madras in areas of 5G, drones, hyperloop, space technology, 3D printing and so on. Work like this will define the New India,” said Pawan Goenka, Chairman, Board of Governors, IIT Madras, speaking at the virtual ceremony.

Bhaskar Ramamurthi, Director, IIT-Madras, presented the institute’s annual report. He applauded the teachers and students who had weathered a difficult year during the pandemic and said that all of them saluted the commitment of the frontline workers who have been on campus. “Despite the pandemic, we have maintained our growth momentum in attracting funding for research from both government and industry. The growth in the latter is particularly encouraging and heart-warming, as IIT-Madras is widely perceived to be the leader in research collaboration with industry,” he said in his speech.

“In 2020-21, the institute received sanction for 179 Ministry-sponsored projects for a total value of ₹359.25 crore and 533 consultancy and industry-sponsored research projects amounting to ₹230.09 crore,” he said.

He said that they had filed for 195 patents during the year of which 68 are international filings and were granted 124 Indian and five international patents.

“IITM-incubated companies are together valued at ₹11,400 crore, based on their last investment data. As many as 106 start-ups are in the market, having generated, despite the pandemic, revenue of ₹440 crore in FY20-21 and created more than 5,200 direct jobs,” he added.