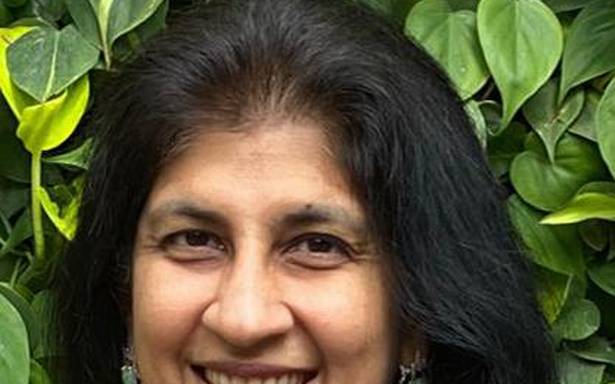 Auto-components maker Sundram Fasteners Ltd. (SFL), has drawn up a five-year plan to raise its non-auto business revenue to 50% over the next three to five years and will be investing ₹1,000 crore in capital expenditure till FY24, said a top official.

“The year 2025 will be the watershed year for us,” said Arathi Krishna, MD told The Hindu.

“Right now, revenue from auto-component business accounts for 68%, and we are planning to bring it down to 50% over the next two to three years due to its cyclical nature.” .

“The balance 50% revenue will come from electric vehicles (EVs), tractor implements, windmills, aerospace and defence sectors and industrial, infra and construction fasteners, over the next three to five years,” she added.

According to her, SFL had set aside a capex of ₹250 crore for the current fiscal and about ₹350 crore each for the following two years. For FY22, the capex will be spent across all divisions and in the coming years, a large portion on non-auto such as EV-based new products and some portion for defence, aerospace and windmills and on building existing capacities.

Asserting that the newly formed EV business will attract investments worth ₹100 crore over the next three years, she said that EVs contribution to topline would increase to 15% from 2%. EV parts will be manufactured at its units in Sri City, Puducherry and Maraimalai Nagar.

SFL is planning to expand the EVs domain not only for passenger segment, but also for two and three wheelers, first-gen vehicles covering domestic and exports. It is in discussion to supply hot forged machine parts, e-powertrain and driveline applications to top seven OEMs in Europe and North American markets.

Regarding defence sector, Ms. Krishna said it was a making a slow start, while aerospace division saw good traction.

SFL, which has been posting robust growth in export volume, is expected to match domestic sales revenue over the next three to five years. Currently, exports accounts for 35% of topline.

On Thursday, SFL posted 23% rise in its standalone net profit for the second quarter ended September to ₹120 crore. Domestic sales grew 37% to ₹663 crore and exports by 39% to ₹363 crore.

The revenue from operations rose to ₹1,063 crore from ₹767 crore, despite operating in a challenging environment of the performance of vehicle manufacturers constrained by a global shortage of semi-conductors, said S. Meenakshisundaram, CFO.

During the quarter, SFL margins were affected due to the adverse commodity prices as well as increase in costs of other inputs and logistics attributable to oil price increase. However, the effect of the same was mitigated through cost-reduction measures and price support from the customers, he added.