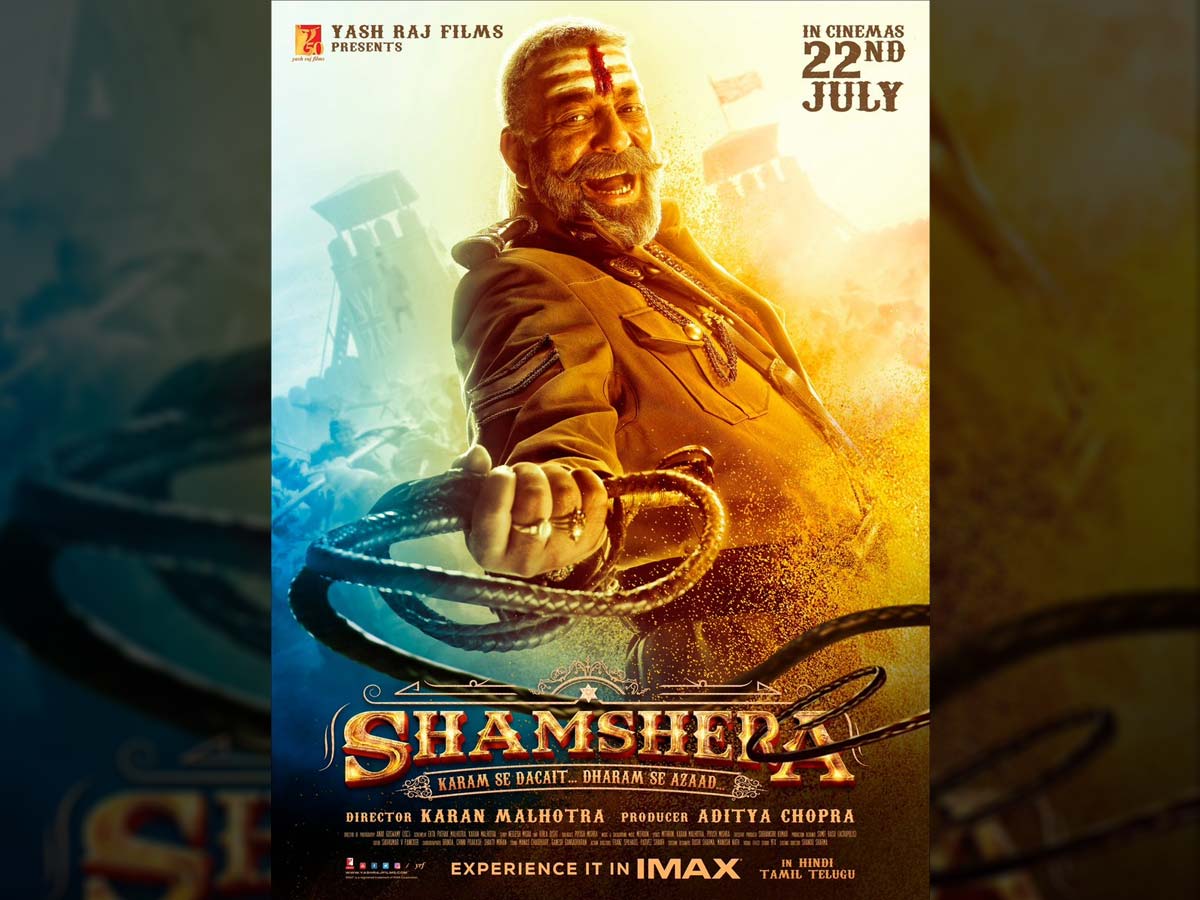 Few days ago, the makers of Shamshera unveiled the first look poster of Ranbir Kapoor and today they released Sanjay Dutt’s official character. YRF- Yash Raj Films shared Sanjay Dutt’ official poster as Daroga Shudh Singh from Shamshera. With an evil laugh on his face, he is  seen lashing out his whip in his fierce avatar.  The 62-year-old actor is seen wearing a police uniform, holding a whip with a huge tikka smeared on his forehead.

Sanjay Dutt is playing the role of Ranbir Kapoor’s nemesis.  KGF 2 villain also shared the poster and captioned it, “Watch him in #ShamsheraTrailer tomorrow! Celebrate #Shamshera with #YRF50 only at a theatre near you.” Three posters were shared by him in Hindi, Tamil and Telugu.

The upcoming film marks the first collaboration  of Sanjay Dutt and Ranbir Kapoor. The upcoming big budget film is directed by Karan Malhotra and also has Vaani Kapoor. The film has experienced many delays in the past and will finally hit the screens on 22nd July Worldwide in a very grand manner,  which also happens to be the 50th year of Yash Raj Films, the production house funding the project.

The high-octane action drama Shamshera is set in the 1800s in the heartland of India. The story is set in the fictitious city of Kaza, where a warrior tribe is imprisoned and tortured by a ruthless authoritarian general Shudh Singh.