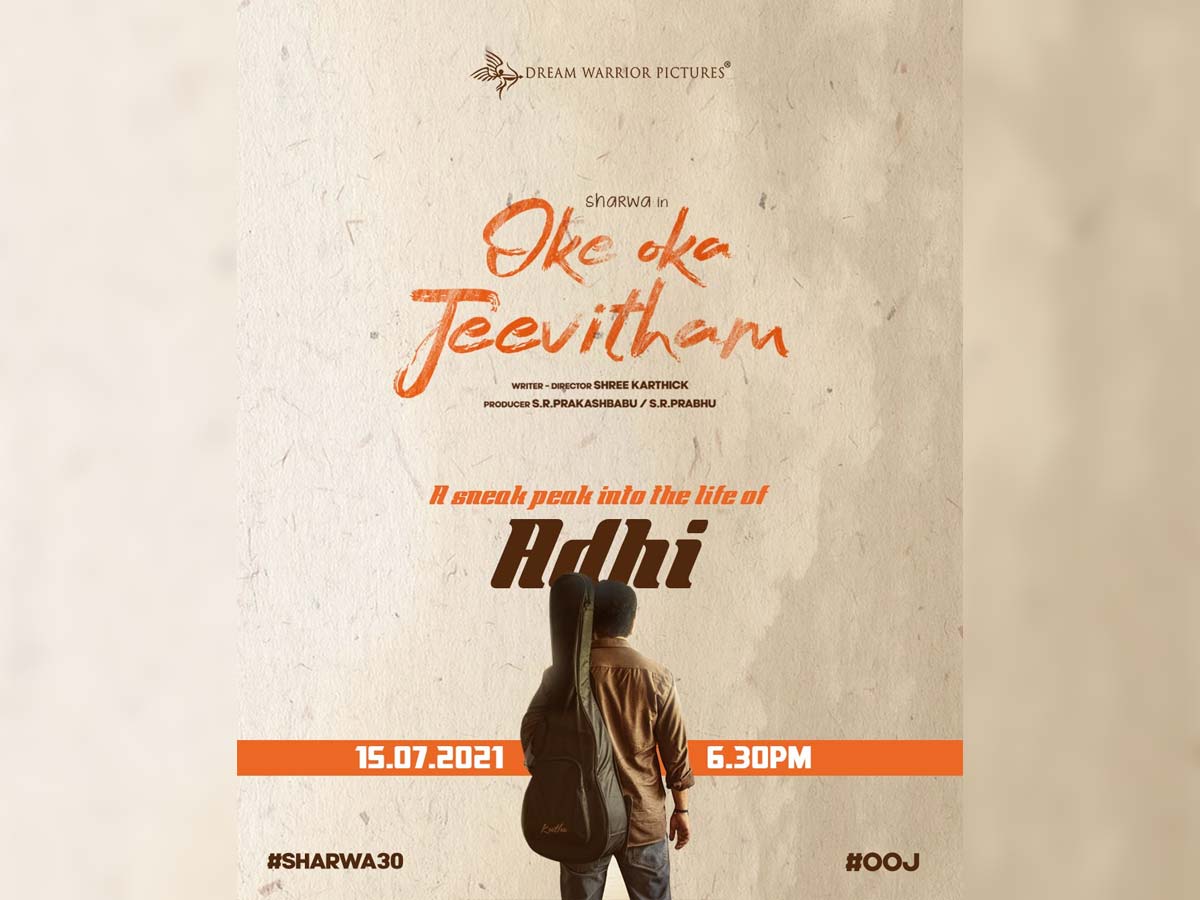 The young actor Sharwanand is currently working with newcomer Shree Karthick for an upcoming film, Few days ago, the makers  revealed the title Oke Oka Jeevitam. Pelli Choopulu fame Ritu Varma has been roped in to play the love interest of Sharwanand. Now according to the latest update, the makers of Oke Oka Jeevitam have decided to offer a special surprise today.

The team of Oke Oka Jeevitam officially confirmed it by sharing a new poster on the Twitter handle. The makers of  Oke Oka Jeevitam are going to offer a sneak peek treat from the film at 6.30 pm evening today.

In this film Sharwanand is playing the role of Aadi and Amala Akkineni will be seen in the role of actor’ mother. The sources say that mother and son sentiments are highlighted in this drama, which is backed by Prabhu under the banner of Dream Warriors Pictures which earlier produced the Tamil blockbuster, Sulthan starring Karthi and Rashmika Mandanna of Bheeshma fame and the film has the music by Jakes Bejoy with Sujith Sarang.

Tharun Bhaskar is penning the dialogues. Other actors such as Vennela Kishore and Priyadarshi have prominent roles in the film Oke Oka Jeevitam as well.